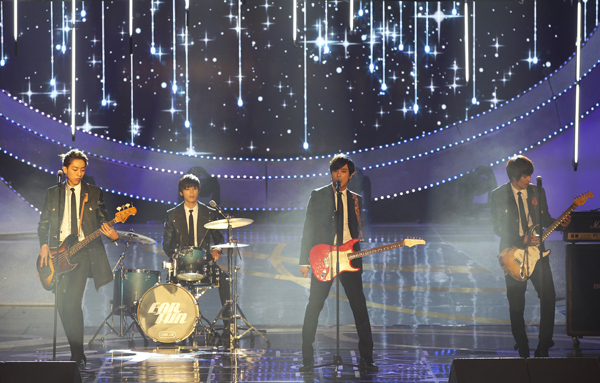 Boyband CN Blue is sweeping Taiwan by topping eight music charts with its recently released mini-album “Re:Blue.” Its title track “I’m Sorry” has taken the No. 1 spot on Taiwan’s music site My Music in the mobile ringtone category for the third consecutive week.

“I’m Sorry” and the album have been ranked No. 1 in the Most Played Song and Most Recommended Song and Album categories, allowing the group to anticipate further prospects in Taiwan.

Other songs on the album, including “Coffee Shop,” “Where You Are” and “Lalala,” have also ranked high on the charts.

Recently, CN Blue successfully wrapped up its 13-day Japanese tour, drawing sell-out crowds at its nine concerts. The quartet began the tour on Feb. 13 and traveled to Osaka, Nagoya, Tokyo and Yokohama.