Davichi is back to work with album

Davichi is back to work with album 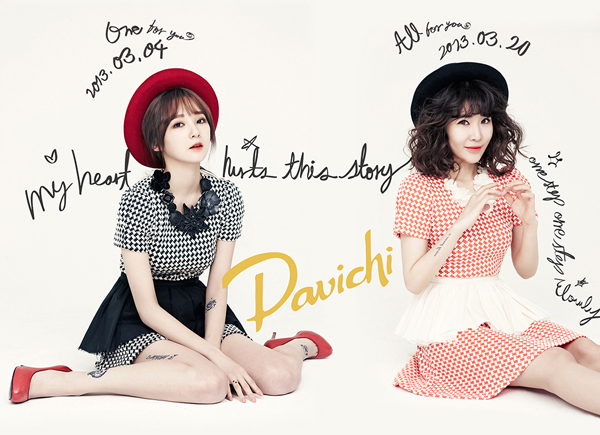 Female duo Davichi is back with a new album, its first in more than five years.

The group released the first part of the album titled “Mystic Ballad Part 1” yesterday, which contained the title track “Turtle.”

The song is said to be about the recovery process after a break-up and is yet another sad song by the two girls who have made a name for themselves for heart-wrenching ballads.

Although the duo has released singles and taken on various projects helping out other artists, this is its first album since 2008.

The second part of the album will be released on March 20, and although the title track for the second edition is yet unknown, the agency said that it will be one of the songs penned by a big-name musician.

Those who worked on Davichi’s album include singers Ryu Jae-hyun, Verbal Jint and Kang Hyun-min from Loveholics.

Last month the duo released the single “Do You Not Know.” By Carla Sunwoo