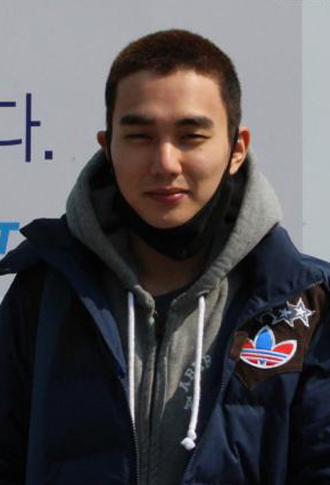 Actor Yoo Seung-ho, 19, who stared in MBC’s “I Miss You,” began his mandatory military service on Tuesday, he said in a surprise announcement immediately beforehand.

“I feel sorry that I didn’t tell my fans about the date of enlistment,” Yoo said on his fan page. “I thought [going to the Army] rather quietly was one way not to inconvenience others who are going with me.”

He added that he is looking forward to his time in the Army and does not view it as a commitment to get out of the way.

“Some say I am too young to start my military service,” he said. “I wanted a new experience and to break out of the routine as I have been acting for more than a decade.”

He also posted a video and a photo in which he sported the standard short hairdo required of soldiers.

Yoo explained that he does not want to be a so-called “entertainment soldier” but rather one with regular duties, perhaps on the front line.