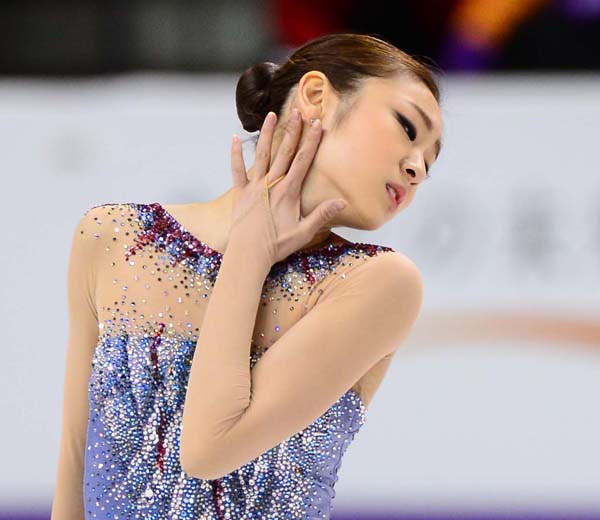 LONDON, Ontario - It was as if Kim Yu-na had never been away.

The Olympic champion made a triumphant return to the World Figure Skating Championships on Thursday, winning the short program in her usual commanding fashion. There were no signs of nerves and certainly no signs of rust in her first major competition since the 2011 worlds.

With a score of 69.97, she was more than three points ahead of defending world champion Carolina Kostner (66.86) and Kanako Murakami of Japan (66.64) going into Saturday’s free skate.

“When I first heard the score, I was a little bit surprised,” Kim said. “My first thought was probably the spin wasn’t good enough, maybe I got a downgrade for that. But that wasn’t the case. Yes, I was a little surprised. But I know I tried my best so I have no regrets.”

Nor should she. Only two other active skaters have scored higher in their entire careers than Kim did, one being longtime rival Mao Asada at last month’s Four Continents (74.49).

What makes Kim so special is how smooth and effortless she makes everything look. Triple-triple jump combinations take so much strength and effort that you know when most women are going to do them. Not Yu-na.