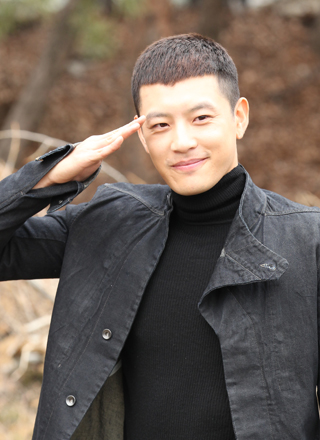 He will get his basic training for eight weeks and then will start serving his 21-month-long military duty in the Army.

“I feel sorry that I’m going to the Army so late and I’ll put my best effort in the military,” said Se7en in Uijeongbu, Gyeonggi, where he was enlisted.

“I was really impressed with the secret enlistment of Yoo Seung-ho recently, so I feel sorry that I’m making too much of a deal about it, although it is not my intention.”

Many of his local and overseas fans visited him to send him off for the next two years.

His girlfriend of 11 years, actress Park Han-byul, did not come to the enlistment due to her filming schedule overseas, according to local media reports.