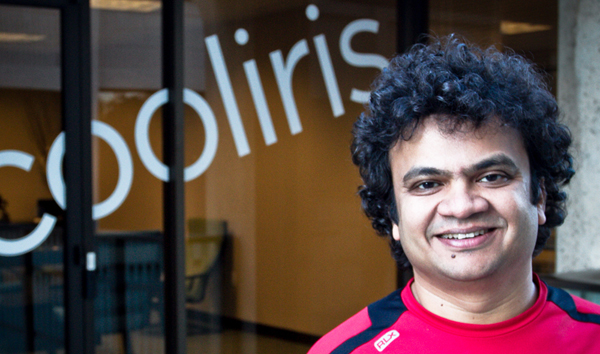 Soujanya Bhumkar, co-founder and CEO of Cooliris. Provided by the company

Photographs and favorite images are saved on photo-hosting services such as Flickr and Picasa.

Koreans probably can’t even remember how many photos they’ve shared with friends on Korean mobile applications such as Kakao Story, a photo-sharing service affiliated with the nation’s top mobile messenger KakaoTalk, and Naver blog service, run by Korea’s largest portal and search engine. All those photos scattered through cyberspace. Is there any way to pull them all back in?

Yes there is. It’s called Cooliris, a mobile application for iOS that aggregates photos from multiple sources - all of the aforementioned services except the Korean ones - into a single location in the form of a 3-D gallery wall. All you have to do is type in the user ID and passwords for the respective services. Cooliris also lets users to share the photos with groups - friends, families and co-workers - to create their own private social network befitting their taste. 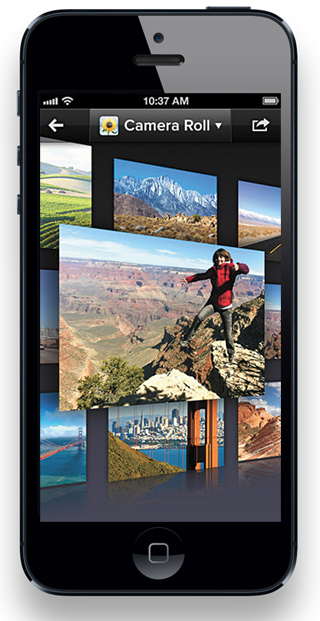 And it won’t be long before users of Kakao Story and Naver join the Cooliris party, said Soujanya Bhumkar, the app’s co-founder and chief executive officer, in a recent interview at a hotel in Samseong-dong, southern Seoul, where not only Samsung Electronics but also dozens of start-ups are located within 15 minutes by car.

Bhumkar was on a six-day business trip to Seoul to discuss business partnerships with five tech firms including device manufacturers, telecommunications firms, application vendors and portals, although he refused to name any of them.

“Should the deal be clinched, boom, it will take only two days to localize the app into Korean as it did with China before,” he said.

“Korea for us is a super important market,” he said, “because it is the leading country in the global IT business. I look at the success of Line [of NHN] and KakaoTalk [mobile messengers], which also offer me an interesting learning experience.”

Although the India-born, Chicago University business school graduate was on his first visit to Korea, he had up-to-date knowledge of the IT industry scene here.

Koreans’ enjoyment of exchanging photos with close friends would fit the nature of service offered by Cooliris, he predicts, adding that Koreans already rank in the top 10 in terms of the number of users.

As of this month, the Cooliris app for iPhone, iPad and iPod Touch received an accumulated install of over three million - just seven months after its debut.

The app was initially born as a Web browser Plugin, formerly known as PicLens, for viewing digital images and videos from the Web and desktop. With the rapid penetration of smartphones, the company was quick to catch up, transforming itself from a desktop-software developer to mobile app company.

Having moved to the United States with the clear goal of “becoming an entrepreneur” from India, Bhumkar has founded and operated several start-ups in California before Cooliris, such as Vazu, which developed desktop-software enabling messaging from desktops to mobile phones, and Tamarind, a human performance evaluation solution provider.