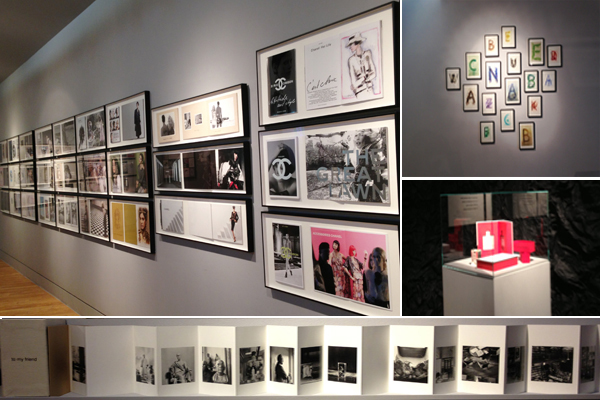 The exhibition at Daelim Museum in Tongui-dong, central Seoul, presents works by German publisher Gerhard Steidl, who is known for having worked with renowned artists, including Karl Lagerfeld and Gunter Grass. By Lee Sun-min

To some book lovers, a book is not just a pack of thin paper with printed letters. To them, books have different paper texture based on the content, high-resolution photos and technology-intensive graphics, to name a few.

But to ordinary people, those are often called art books.

Art books, which are books made with enhanced quality designs, are expanding their presence among local readers and book collectors recently despite the arrival of electronic books available on smartphones and tablets.

It’s an old concept developed by publishers who focused on passing down historical records to future generations rather than making books for a quick read. Such books have become more accessible to the public, as many of the artists or publishers who wish to keep a record of their works in more refined prints are increasing. Having picked up on such trends, local museums and companies have prepared exhibitions to help local book enthusiasts have better perspective on the related works.

Daelim Museum in Tongui-dong in central Seoul invited German publisher Gerhard Steidl to share his works with artists and writers in an exhibition titled “How to Make a Book with Steidl.”

He has worked with Gunter Grass, Karl Lagerfeld and many others to create a book - or an artwork according to Steidl - that displays the lifetime artworks by these professionals. In the exhibition, he not only shows his books but photos of his publishing house in Germany.

“This exhibition is like a cookbook with all of my recipes,” Steidl said Wednesday.

“If you were to cook a meal with my recipes [shown in the exhibition], you will be able to learn how beautiful it is to work with raw materials to create objects of arts.”

In his publishing house, he handles everything in the book-making process, except two things: paper making and binding. His staff of 50 does everything from brainstorming for content, design, inks and colors in each book to packing for international delivery.

Such an effort to make high-quality books comes from his firm belief that paper books won’t disappear from the scene even during a time of overflowing mobile devices for readers, and that the publishing industry will once again enjoy high times, contrary to popular opinion.

“I believe books will have a renaissance,” said Steidl. 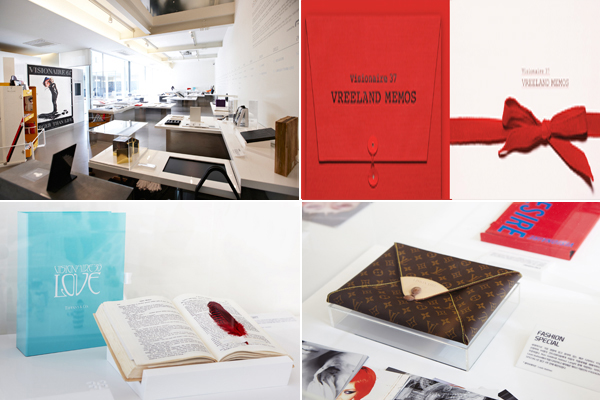 Different editions of the magazine named “Visionaire” are displayed at the Hyundai Card Design Library in Gahoe-dong, central Seoul, through Sunday. Provided by Hyundai Card

“After books are mass-produced, the quality of books has fallen. A book with the best design and the best artworks [would help] raise the value of it, and that will bring the renaissance,” he said, adding that books are not industrial products, but art.

“When I established my own publishing house, doing something different that had rarely been tried in the industry was key, although my acquaintances told me that it’s surprising that I’m doing art books,” said Park Sung-sik, founder of Da Vinci.

“Although such work was not to satiate the taste of 99 percent of the population, so we have to be focused on pleasing that 1 percent that have shown interest, and establish a sturdy network to communicate with people in that 1 percent.”

Industry experts say this phenomenon is an evolution of the book industry in which publishing companies struggle to stay afloat with the arrival of paperless e-books.

“The evolution of books are being polarized into two trends,” said manager Min Kyung-mi of the Publication Industry Promotion Agency of Korea.

“Books significant for their written contents will be serviced widely on e-books, while others will add more artistic touches in them, including better designs and better paper quality.”

The demand for such art books has been rising as the public has been exposed to them. 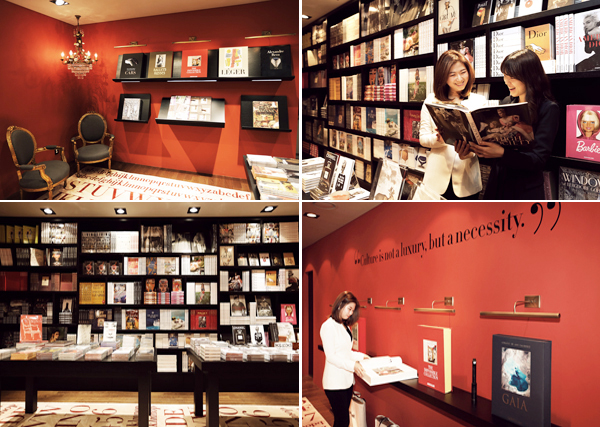 “Such a trend came amid the recent times when people are used to seeing things in person, and they want to see things at the best quality, in person,” said Min.

She added that there has been always a demand for art books among publishers who make books to record history for future generations.

It’s not just big-name overseas designers who showed interested in making a record of their fashion works in the best quality books. Last year, Korea’s own globally-renowned designer, Lee Sang-bong, made an art book, “The Truth of Life,” which was full of his clothing collections that he made since 1985.

Local corporate companies have taken notice of the focus on visual design. Hyundai Card, which opened a design library in Gahoe-dong in February, chose to do its first exhibition on the magazine “Visionaire.”

Almost 50 of 62 copies of the magazine, which was first established in 1991 in New York, show that printed reading materials don’t need to be in a rectangular shape with full letters and photos.

Rather, it shows one copy made into LP records, or cut-out papers to present letters minimizing the use of ink. Some copies may look like a normal magazine, but inside there is a rectangular box full of T-shirts with printed scenery or toy figurines featuring the characteristics of fashion designers.

“We have chosen the particular magazine as it was made after long deliberation on how to show certain [products or humans], and it can bring some visual inspiration to the visitors,” said curator Ryu Min-jeong of Hyundai Card Design Library.

The next exhibition, Ryu said, will also focus on “showing” designs in modern arts and architecture.

Even the local retail industry caught the upcoming trend and opened a library full of art books. Galleria Department Stores in Apgujeong, southern Seoul, opened a library of books made by French publishing house Assouline, which is renowned for its collaborations with high-end fashion designers and artists.

“Maybe we’ll see more sales profit from having other fashion stores in the space, but through the library, we are to show the premium value the store carries through these art books,” said Shin Te-llhim, assistant director of Galleria Department Store’s communication team.

“It is important for a department store build up a brand identity and format [luxurious] image.”

It is the first time for a local department store to open such a library, and a first in Asia, while it’s trendy at luxurious stores in the United States, France and elsewhere.

In the library, a number of book-inspired objects that create a library-like ambience are also available for purchase.

“At home, the most intellectual space is the library, and we are bringing that intellectual experience to local customers and customers from elsewhere in Asia, as Korea took a forerunning step in introducing such small luxury ahead of Hong Kong, known as a fashion hub in Asia,” said Shin.

However, local industry experts say that the trend is rising but not yet widespread, adding that it has such a long way to become mainstream.

“Although it has been garnering attention in recent times, the ‘minor’ interest has not turned into a ‘major’ popularity yet,” said researcher Park Ho-sang of the Publication Industry Promotion Agency of Korea, adding that no major printing association has calculated statistics on the growing field.

“I think the trend will develop to have such books carry more analog sentiment to readers by making books become a part of displayable artwork, a part of the interior, a part of furniture at home, all of which cannot be put in e-books.”

He also said the price of such books are too high for the public, which is hindering related market growth.

“Those so-called art books are popular among maniacs who want to collect information on certain issues,” said researcher Park?.

“However, due to the slow economy, many ordinary readers tend to buy books that are on sale or on a best-seller list.”

The exhibition “Visionaire” runs through Apr. 21 at Hyundai Card Design Library. Hyundai Card holders and up to three guests are admitted for free. The museum is open from 1 p.m. to 8 p.m. from Tuesday to Saturday, 11 a.m. to 6 p.m. on Sundays and holidays. Go to Anguk station, line No. 3, exit 2 or 3, and walk for 5 minutes.