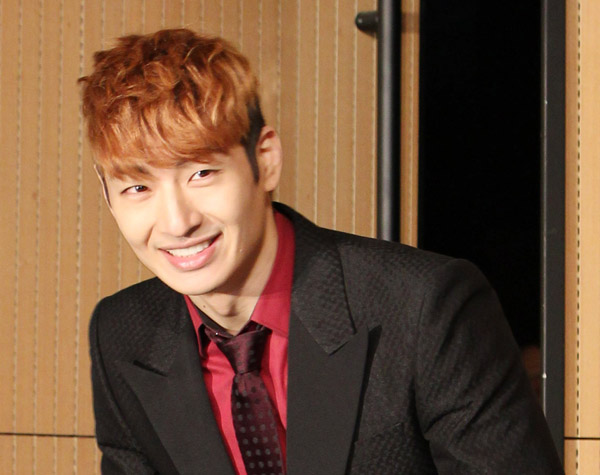 Son Ho-young said cooking makes him as happy as singing. The singer was the winner of “Master Chef Korea Celebrity” on cable channel Olive TV on Friday, beating out two other celebrity finalists, Fei of Miss A and comedian Shin Bong-sun.

“I wanted to become a cook before I became a singer,” the former member of the now-disbanded boy group, g.o.d, told the show after winning. Launched as a bridge show before Season 2 of “Master Chef Korea,”
“Master Chef Korea Celebrity” pitted 11 celebrities against each other in a cooking competition for eight episodes, aired every Friday night.

“I am not a cook yet,” on said. “But I want to hone my skills as a cook and want to be as close as I can get to becoming one.”

Along with the title, Son won the rights to launch a cooking program under his name on the cable channel. He also won 100 million won ($88,496) and a new refrigerator, but according to the cable channel, he donated the money to a charity organization. He also gave the refrigerator to Fei, the channel said.