Lessons from the Iron Lady’s legacy

Lessons from the Iron Lady’s legacy 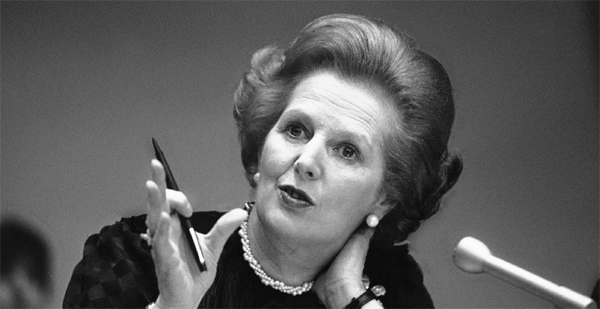 A woman drank a bottle of champagne to celebrate the death of former British Prime Minister Margaret Thatcher. The crowd gathered and rejoiced, holding up an effigy of the Iron Lady. Anti-Thatcher rallies were held in London last weekend. What exactly did Thatcher do and why do people still hate her so much even after her death?

As prime minister, Thatcher suppressed militant unions and privatized public corporations that wasted taxpayer money. She advocated a small government and drastically reduced regulations. It may be because of her that the British economy got out of the chronic “British disease.”

At the same time, she was criticized for reducing welfare and suppressing organized labor. Hatred of Thatcher is resistance to neoliberalism. In the face of Thatcher’s death, the beneficiaries of neoliberalism cherish her memory while the victims celebrate her passing.

Can Thatcher’s policies be evaluated with a yardstick of right or wrong? Does her choice to prioritize a market economy deserve such harsh criticism? No leader can please an entire population. It would be a paradise if any leader could manage state finances smoothly and create enough jobs for everyone that pay enough for at least a modest middle-class lifestyle. However, reality is far from paradise.

In academia, it has long been considered impossible to accomplish the three policy goals of state finance, employment and income at the same time. In “Equality, Employment and Budgetary Restraint,” published in 1998, Harvard University economists Torben Iversen and Anne Wren described “budgetary restraint, income equality and employment growth” as a “trilemma.” Because of the structure of a service economy, it is not easy to drastically improve productivity. According to Iversen and Wren, “While it is possible to pursue two of these goals simultaneously, it has so far proved impossible to achieve all three.”

Thatcher chose two of the three goals - budgetary restraint and job growth. And the outcome was the polarization of British society as the result of a growing income gap. It is a common phenomenon in countries pursuing neoliberalism. In these countries, welfare is often left to the voluntary will of individuals. They claim that offering a job is the best welfare benefit. And the natural consequence is growing welfare blind spots and widespread social discontent. Korea is no exception as both ruling and opposition parties are still fighting over welfare.

There are countries that chose budgetary restraint and income equality like many European nations, such as Germany and the Netherlands. Many Koreans envy the fact that the bus drivers in Berlin and carpenters in Amsterdam make enough money to be in the middle class. The problem is that employment doesn’t grow drastically. Their solution is to share jobs based on social consensus to respond to unemployment, but it doesn’t sound so convincing.

Welfare states in Northern Europe successfully focus on income equality and employment growth. They are textbook cases for advocates of welfare. If the private sector cannot create enough jobs, the government will. The welfare system is also solid. However, citizens have to pay heavy taxes, possibly undermining budgetary restraint.

The combination of policies is a matter of choice. No combination is morally superior to another. Of course, you may sound stuck-up if you praise neoliberalism these days.

But it is just as foolish to advocate equality and welfare without plausible plans. It is also ambiguous and perhaps irresponsible to assert that we should follow the national consensus. It may be better to let leaders decide which policy goal to pursue and which to let go. The Iron Lady made her iron decision.

However, President Park Geun-hye seems to be trying to attain all of the three goals. If she succeeds, her accomplishment will be remembered in world history. But she may have to postpone or give up one or two of them. Since she wouldn’t have time to ask for citizens’ approval, she needs to prepare to make a final decision. And that’s exactly when you need the daring spirit to say, “Spit on my grave.” Thatcher’s soul seems to be saying so now.