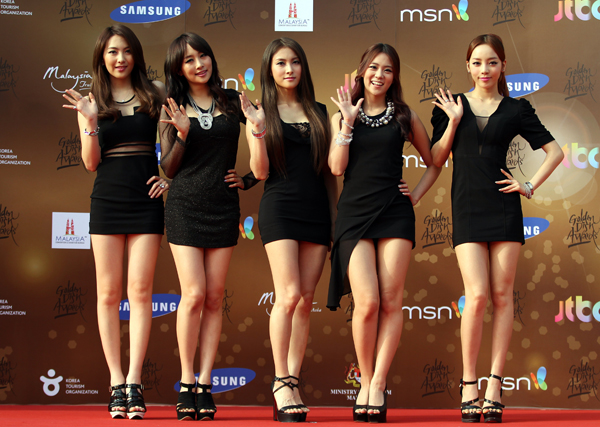 Kara has been recognized as the most popular singing group at the 17th edition of the China Music Awards on Thursday, the group’s agency said.

It has won “The Most Popular CMA International Group” at the event, leaving behind other competitors, including Big Bang, 2NE1 and British boy band One Direction.

The event, established in 1994, is the largest music awards show in China, where many of the popular stars in Asia get together.

“It is an honor that we received such a prestigious award,” said the group. “To thank the fans in China, we will come back here once again.”

The group is scheduled to take part in the annual “Dream Concert,” in which major K-pop singers perform on May 11 at the World Cup Stadium, northwestern Seoul.

In the 19th edition of the concert, 21 teams are lined up to perform, including Beat, SHINee, Girl’s Generation, Secret, 2AM and others.

The tickets to the concert will be released Tuesday.