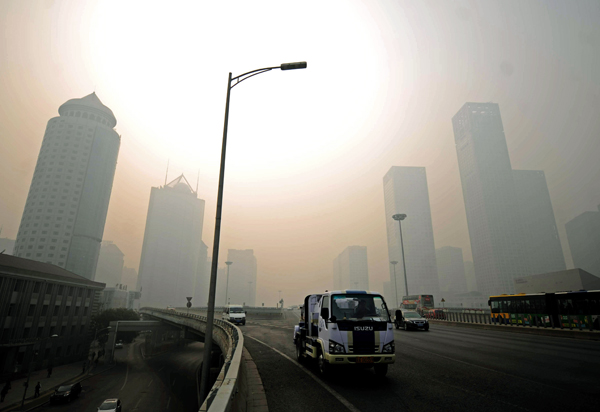 Asia is the world’s biggest and most dynamic energy market and with that comes global responsibilities.

The region’s rapid economic growth has fueled its enormous energy consumption. But Asia’s heavy dependence on fossil fuels threatens to cause serious damage to the environment as the amount of carbon dioxide released into the atmosphere could double over the next 20 years.

It is estimated that Asia’s energy consumption could grow from a third of the world total to half by 2035, driven by rising urbanization and a growing access to new sources of energy. Based on its present energy mix, the consumption of oil in the region could double and natural gas triple, while the use of coal might rise by 80 percent, according to the Asian Development Bank.

The challenge for Asia is to find ways to adopt sustainable energy resources and policies that are compatible with its continued economic expansion as well as its desire to provide universal access to affordable energy.

Achieving solutions to this challenge may be difficult, but they are not insurmountable as long as policy makers display creativity and resolve in tackling the often politically sensitive issues involved with energy. It will also require coordinated action among regional governments.

The outlines of a new energy strategy for Asia are already clear and they focus on three areas.

The first is the adoption of cleaner energy options to fossil fuels, particularly oil and coal. Shale gas is one option. China has the largest potential reserves in the world. If it can successfully address the issues of water supplies and contamination associated with hydraulic fracturing, it can reduce its heavy use of coal.

Nuclear power remains an economically viable solution despite the Fukushima accident in 2011. Asia is likely to expand nuclear energy as long as progress is made on proliferation, waste management and safety.

There should also be more focus on the local development of new green energy technologies or the transfer of such technologies from developed countries. Technology solutions range from electric storage and smart grids in developed urban economies to basic energy systems that provide off-grid generation in poor agricultural countries. The cost of adopting cleaner energy could be financed by the introduction or expansion of greenhouse gas emissions taxes or a CO2 emissions trading system.

A second critical area is the issue of energy subsidies. Some countries have experienced rapid growth in electricity demand due to distorted price structures where electricity tariffs rates set by the government are kept below production costs and fail to properly reflect the cost of energy resources.

This discourages the efficient use of energy, particularly in power-hungry industries. Subsidized and cheap energy also creates disincentives for investments in the electricity sector because it imposes large fiscal burdens and even losses for power companies. Government deficits in some countries have increased because of basic fuel subsidies, such as that pertaining to petrol, for the general population.

Reducing subsidies would curb rising energy demand and help reduce carbon dioxide emissions. Asian governments, in general, should adopt a market-based pricing policy to encourage energy efficiency and reduce imports of oil and other fossil fuels. In some instances, a fuel subsidy program could be maintained if it specifically targeted for the poor, to prevent social unrest or to stimulate technological breakthroughs.

The issue of imported oil is particularly important to Asia because it accounts for only 9 percent of proven global oil reserves. But oil imports are predicted to triple over the next 20 years, based on current trends, making the region more vulnerable to external supply shocks.

Finally, efforts should be made to promote pan-Asian energy market integration similar to that undertaken in Europe. The program could range from the linking of electricity grids across borders to harmonized regulations, standards and pricing policies.

This is admittedly a daunting task. Asia does not have the same established political framework as Europe enjoys with the European Union. Moreover, the large size of Asia and the broad diversity of its geographical features from mountain ranges to open seas will make energy cooperation more difficult than in a relatively compact continent such as Europe.

Nonetheless, the coordination of energy policies is likely to proceed as Asia pursues the strengthening of regional economic blocs such as the Association of Southeast Asian Nations and a free trade area in Northeast Asia among China, Japan and Korea. We hope that the forthcoming World Energy Congress in October in Daegu, Korea will also provide an opportunity and a forum for regional energy ministers, leading energy CEOs and researchers to make valuable contributions to the debate about how Asia can meet its vital energy challenge.