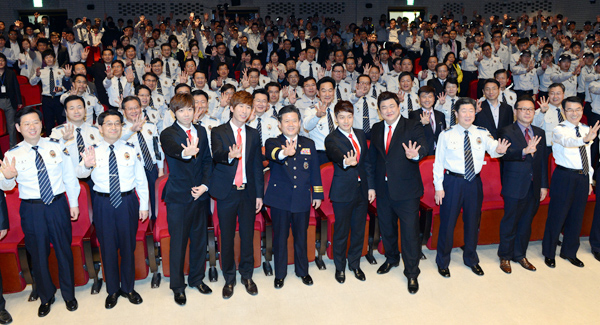 Four comedians from “Gag Concert” pose with Commissioner Kim Jung-suk and other officers after being appointed honorary ambassadors to eradicate social vices.[NEWSIS] 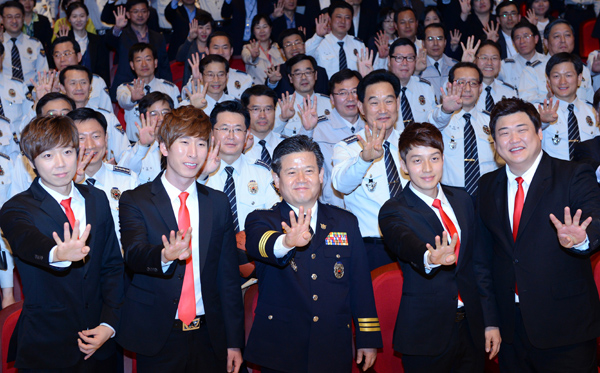 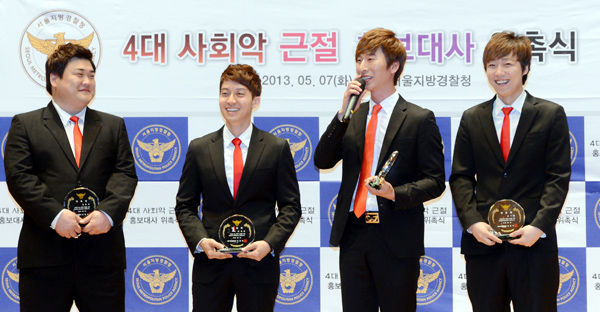 From left: comedians Kim Jun-hyun, Huh Kyung-hwan, Yang Sang-guk and Kim Ki-yeol pose at a ceremony yesterday as they were designated honorary ambassadors to help society root out evils.[NEWSIS]

The Seoul Metropolitan Police Agency has designated the cast of “Four Men,” a segment on the comedy program “Gag Concert,” as honorary ambassadors to root out four social vices: sexual harassment, bullying at school, domestic violence and uncertified food.