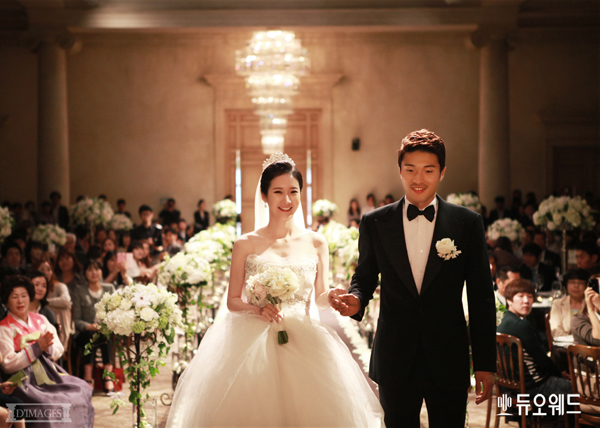 The newlyweds walk down the isle as guests congratulate them on their marriage. 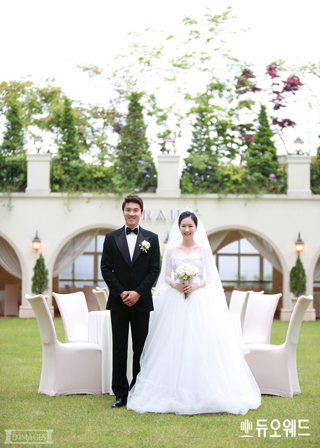 Footballer Park Jong-woo, left, poses with his bride at their wedding in southern Seoul. 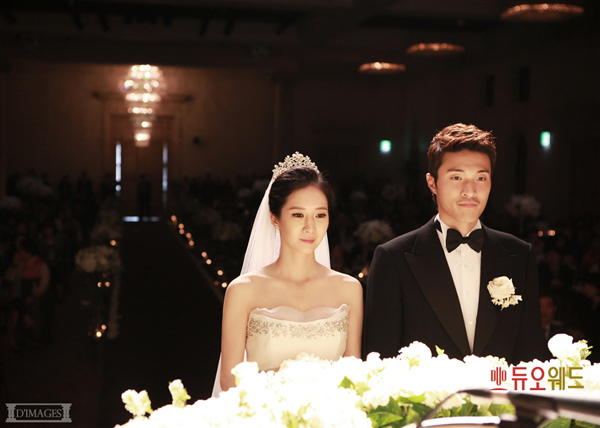 Photos of footballer Park Jong-woo’s wedding were released yesterday after he got married on Sunday. Park, also very well known for his controversial celebratory ceremony after the Korean soccer team beat Japan in the bronze-medal match at London Olympics last year, received his medal in February after the International Olympic Committee’s disciplinary hearing. He held up a sign that read “Dokdo is our land” back then. Olympic regulations prohibit political statements during competition.
He got married at Raum, a wedding hall in Gangnam, southern Seoul. Many of the celebrities and fellow sports players came to congratulate him on his wedding. K.Will whose recent song “Love Blossom” ranked high on the local music charts sang to congratulate the newlyweds at the wedding ceremony.
By Lee Sun-min