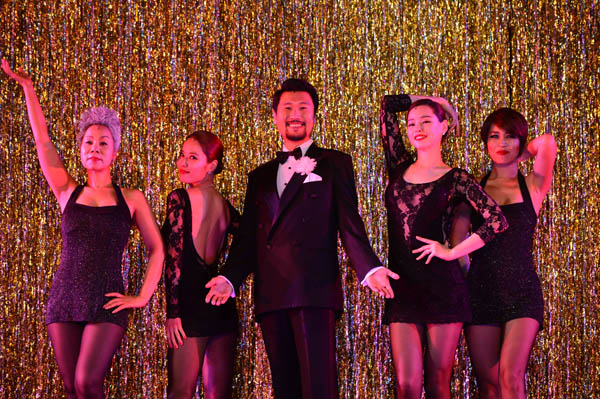 Cast members of the Korean run of the musical “Chicago” pose to show their charm at National Theater of Korea on Tuesday.[NEWSIS]

The licensed musical “Chicago” began its run in Seoul over the weekend, set to run for two months until Aug. 31 at the National Theater of Korea in central Seoul. Performers of the musical gathered together on Tuesday to present some scenes from the production at a press conference.
Choi Jung-won, who previously played the role of Roxie Hart in 2001, came back on the show in the role of Velma Kelly this time. Actress Lee Honey of TV drama “Pasta” plays Roxie.
Singer Insooni, who also plays Velma, said during the press conference that Choi’s Roxie was more glamorous while Lee’s Roxie is more fresh. 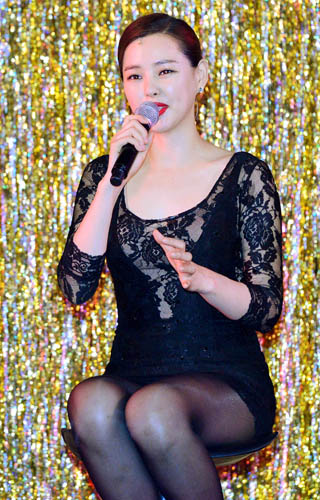 Actress Lee Honey talks during a press conference for the musical on Tuesday. She plays Roxie Hart in the current Korean run of “Chicago” and is a previous winner of the Miss Korea pageant.[NEWSIS] 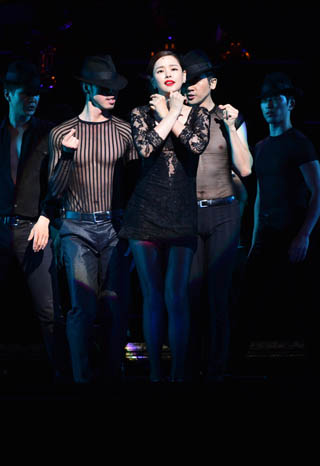 Actress Lee Honey, who plays Roxie Hart in the current Korean run of “Chicago,” performs during a press viewing of the musical on Tuesday.[NEWSIS] 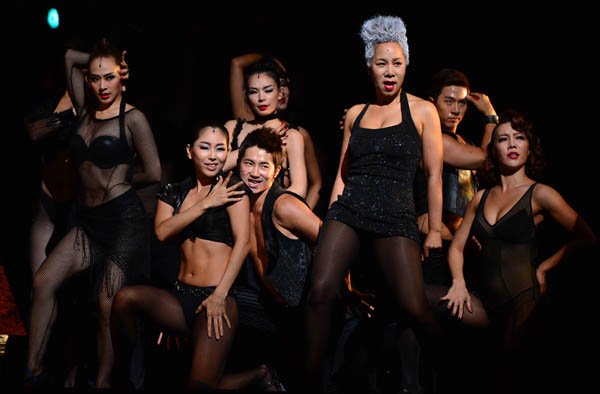 Cast members showcase dances from the current Korean run of the musical “Chicago” at a press conference on Tuesday in central Seoul.[NEWSIS]