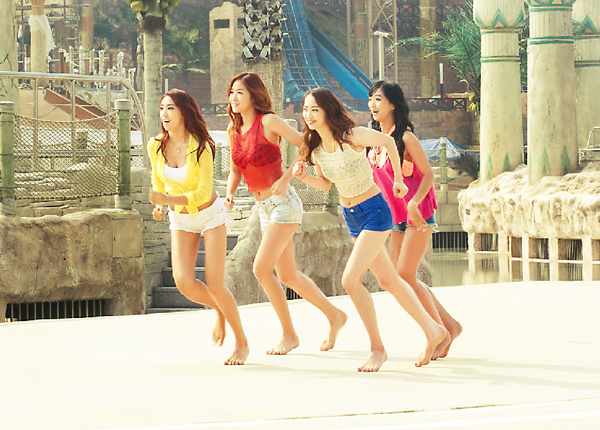 Four members of Sista are running to show their excitement over the water park Ocean World. 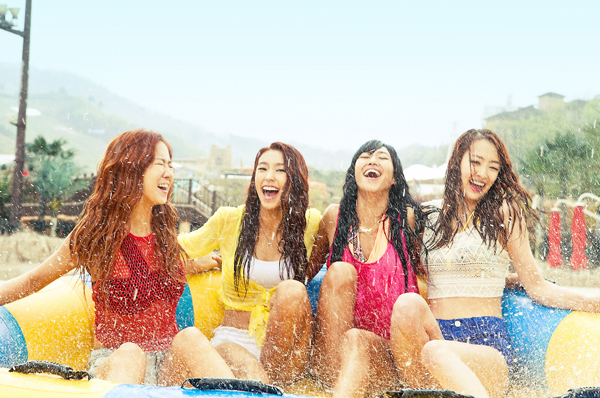 Members of Sista laugh inside the water tube. 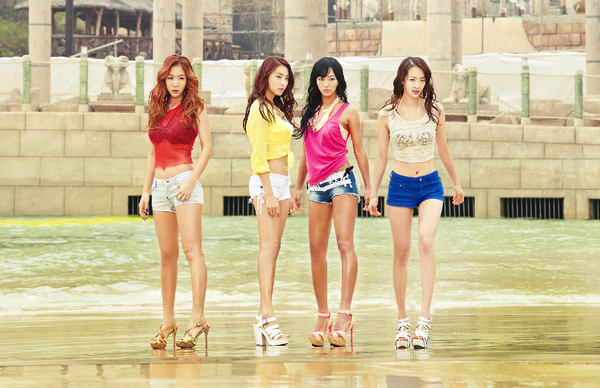 Four-member girl group Sista poses as they have been chosen as a model for a water park Ocean World.

Girl group Sistar has been chosen as a model for Ocean World, a water park, earlier this week and had a photo shoot and filming of a commercial for the upcoming promotion in the summer season.
The four members showed off their bodies, wearing a pair of daisy dukes for the photo shoot in Nonhyeon-dong, southern Seoul.
The television commercial will be aired starting as early as next week.