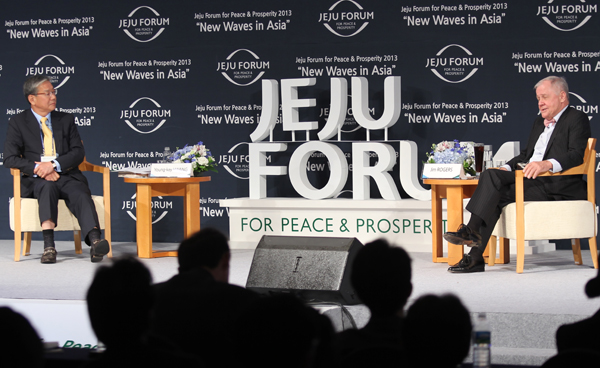 In an interview with the JoongAng Ilbo earlier, Rogers said the Japanese government’s aggressive program to boost its economy, also known as Abenomics, was “absurd” and that the excess liquidity it has pumped into the market will only create inflation and foreign exchange fluctuations.

The American investor also emphasized the importance of investing in the agricultural sector, saying that agriculture is an area that will have one of the highest profitability levels in the next two to three decades.

The Jeju Forum is jointly organized by the JoongAng Ilbo and the Jeju municipal government.