Public institutions not making the grade

Public institutions not making the grade 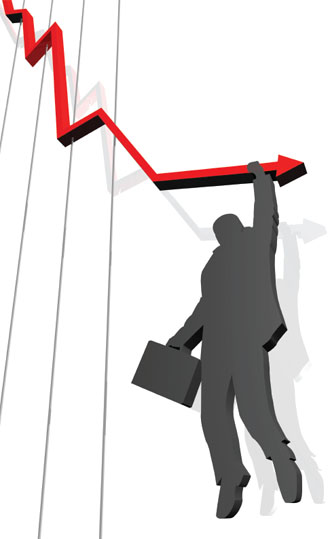 Six more public institutions received the lowest grade of E in the latest evaluation of public entities, while two heads of E-level institutes were advised by the Park Geun-hye government to step down.?

The government’s action sends a strong signal to public organizations that have been criticized as breeding grounds for lax management, massive debt and corruption.

The Ministry of Strategy and Finance yesterday announced the result of its evaluation of 111 public entities, emphasizing that they should not only make a profit, but also demonstrate transparent, ethical and responsible practices.

Scrutinized were 28 public corporations, 32 quasi-government organizations and 51 institutes. Plus, 96 CEOs and presidents of the institutes who have been in their posts for six months or more were under the government’s microscope.

The public entities were measured on a scale of S, the highest level, and A to E. Sixteen, or 14 percent of the total, received an A grade, down from 17 last year. Forty institutes - 36 percent - received a B. No organization earned an S.?Seven organizations received the lowest grade of E, up from one last year.

Korea Coal Corporation got an E this year, down one notch from last year. The company has posted deficits for 24 straight years and is saddled with a total of 1.4 trillion won ($1.2 billion) debt, more than double its assets. The company saw a 100 billion won deficit again last year. Nonetheless, the company raised salaries of executives by 3.5 percent and employees by 4 percent last year. In 2011, the company handed out raises averaging 10 percent when the government guideline was 5.5 percent.

Korea Hydro & Nuclear Power, under severe public criticism for its management of nuclear power plants, received a D in the latest assessment. Four nuclear reactors have been idled because of the use of substandard parts with fabricated quality certificates.

Korea Electric & Power Corporation, which has recorded deficits the past five years, got a B. The company’s debt grew from 26 trillion won to 95 trillion won at the end of last year.

The Park government has said the chiefs of public institutes should share the president’s vision and goals. Since many of the leaders were nominated by former President Lee Myung-bak, most have been preparing for retirement since the inauguration of the current government.

In the CEO evaluation, Kim Hyun-tae of Korea Coal Corporation also received an E and was advised to relinquish his position. The other CEO with an E is Park Youn-won, president of the Korea Institute of Nuclear Safety, who the ministry said should take responsibility for the recent parts fabrication scandal in the nuclear industry.
Sixteen other chiefs who got a D will be issued warnings.

The ministry will report the results of the evaluation, which occurs every five years, to President Park and the National Assembly.

According to the Finance Ministry, debt at public entities is growing at an alarming pace and represents a major burden on the national economy.

The total debt of Korea’s 295 public institutes, corporations and quasi-governmental organizations shot up from 290 trillion won in 2008 to 493 trillion won last year.

“Public institutes’ debt grows more rapidly than that of the government because they can execute their budgets without complex procedures at the National Assembly,” said Cho Young-moo, a research fellow at the LG institute.

Despite growing debt, public corporations have made no effort to tighten their belts. Last year, the average salary of CEOs rose 4.2 percent year-on-year to 232 million won annually. Employees salaries increased 2.1 percent during the same period.

“Those CEOs can’t be free of pressures from both the government and others, because they are highly dependent on the government’s interests,” said Kwon Hyeok-cheol, secretary general of a civil group on the nation’s growth. “They can’t actively address the poor management and debt problems.”