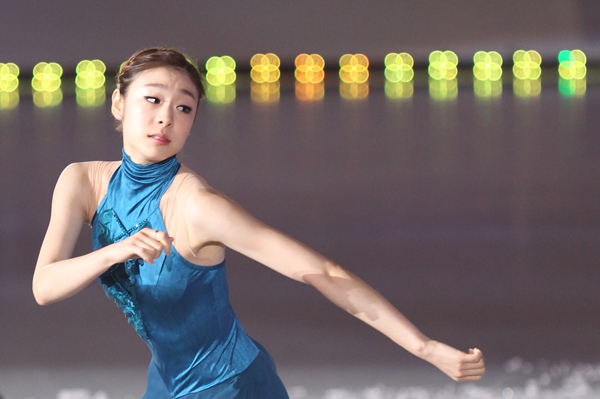 Figure skating queen Kim Yu-na performs during “All That Skate 2013” at the Olympic Park Gymnastics Arena in southern Seoul yesterday. The three-day event was her one and only ice show this year as she prepares for her final season as a professional athlete. The 2010 Vancouver Olympic gold medalist, who will try to defend her title at the 2014 Sochi Games, is expected to start her 2013-14 season at a second Grand Prix circuit to be held in New Brunswick, Canada, on Oct. 25-27. The 22-year-old has completed work on her new free skating program and will soon embark on creating a short program for the new season with her choreographer David Wilson. By Kim Jin-kyung