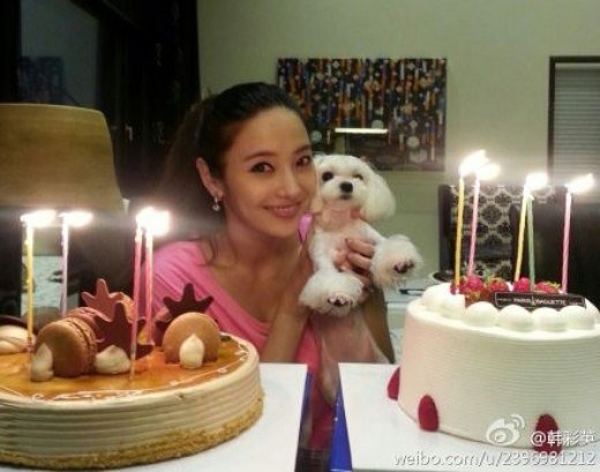 Actress Han Chae-young of 2009 drama “Boys Over Flower” poses with her dog.[JoongAng Ilbo]

Many Korean celebrities have posted photos on microblogging site Weibo to show fans how they are spending their day-to-day lives. Among these are actresses Han Chae-young and Chae Rim.

Han posted a photo of her dog Mimi, asking her fans to congratulate it on its first birthday. She had two birthday cakes ready for the dog in the photo.

Chae Rim also posted a photo on the same social network service on Friday saying that everyone should cheer up during the hot weather. 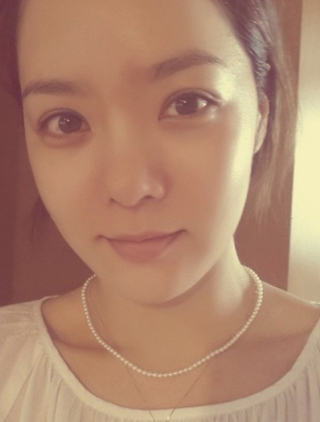