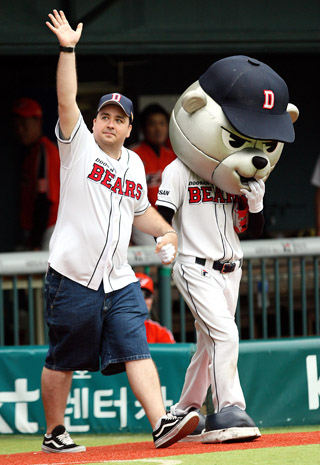 Australian comedian Sam Hammington, who regularly appears on MBC reality show “Real Men,” threw a ball at a game between the Doosan Bears and Hanwha Eagles on Saturday at Jamsil Baseball Stadium in southern Seoul. 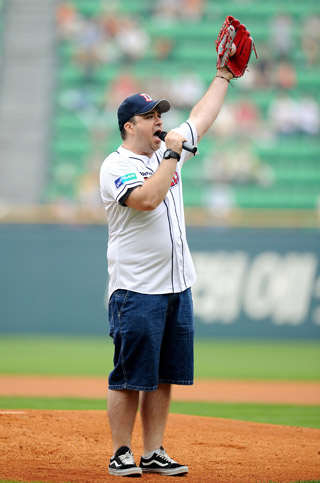 Sam Hammington of MBC reality show “Real Men” talks to the audience before he throws a ball on Saturday. [NEWSIS] 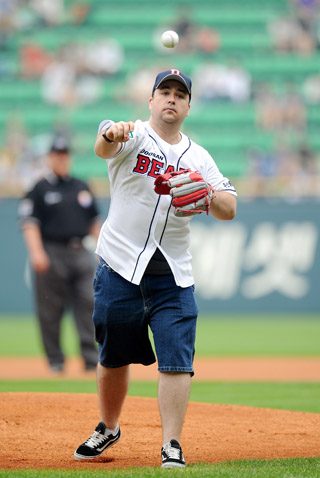