Where has the green growth gone?

Where has the green growth gone? 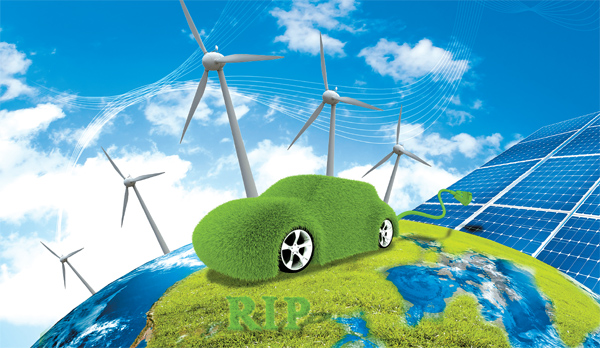 Mark Zuckerberg, Bill Gates and Larry Page are three of the biggest names in the world of IT. But they have something else in common: Each has shaken hands with President Park Geun-hye this year in meetings clearly choreographed to promote the so-called “creative economy” the president has been aggressively pushing since taking office in late February.

Nominating former Bell Labs President Kim Jeong-hun to head the newly established Ministry of Science, ICT and Future Planning earlier this year was another part of the president’s grand plan.

Every administration has had its own long-term agenda to boost economic growth. Under Kim Dae-jung it was the Internet and telecommunications, while Roh Mu-hyun emphasized the biotech industry and Lee Myung-bak championed green growth.

Park has been encouraging the development of an economy driven by information technology and software development that would complement manufacturing.

“As a new economic development strategy, Korea is pushing for creative economy,” said Park when she met with Zuckerberg, founder and CEO of Facebook, at the Blue House earlier this month. “The foundation of a creative economy is to create new markets, new demand and new industry that also would create more job opportunities by converging [conventional industries] with information and communications technology [ICT], as well as scientific technology, creativity and a good idea.

“The Korean government announced a plan to establish a [business] ecosystem that would help establish startups that continue to challenge without fearing failure and succeed.” 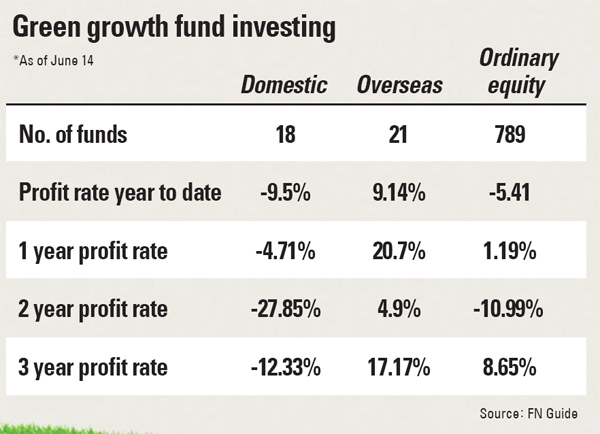 The creative economy campaign is arguably essential for development of the Korean economy, which has stagnated as the global economy struggles to recover from the 2008 financial crisis and serious problems in Europe.

Since the second quarter of 2011, the Korean economy has posted quarterly growth of less than 1 percent. While the economy in the first quarter posted 0.9 percent quarter-on-quarter growth, a recent survey showed that businesses think conditions will worsen in the in the third quarter.

“External uncertainties including the ending of U.S. quantitative easing and side effects of Abenomics, added to deleveraging of household debt and excessive restraint of economic democratization, were reasons we have lowered our economic outlook,” the report said.

While creative economy is the latest fad, the biggest question is whether it will have more staying power than the green growth initiative pushed by the previous administration. 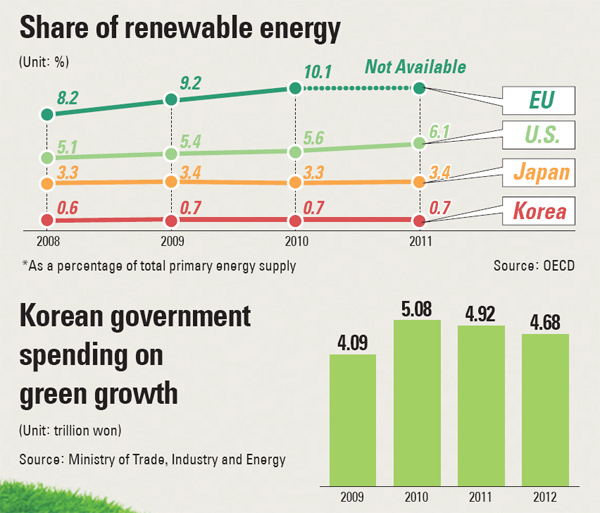 Under Lee Myung-bak, there was much focus on driving green growth in Korea. In his first year in office in 2008, Lee announced his administration’s surprise agenda to push green growth. “I want to put forward low-carbon green growth as the new center of Korea,” he said during a speech in August that year.

A year later, there was the so-called “Green New Deal” included in the administration’s stimulus package. The government set a goal of investing $40 billion from 2009 through 2012 on nine key environmental projects that would help generate 956,000 jobs.

In 2010, the government raised the bar by announcing its goal of making Korea one of the world’s top seven countries in green growth by 2020.

Green growth was Lee’s solution to pulling Korea out of the global crisis, believing that renewable energy could become a phenomenon on the scale of the Internet boom in the 1990s.

It was a vision given some credence by crude oil prices above $100 per barrel that were shackling Korean companies.

Alex Bowen, a research fellow at London School of Economics’ Grantham Research Institute on Climate Change and the Environment, called Korea’s decision to focus on green growth “striking” in an interview with Reuters in January 2011, adding that Korea was putting its money where its mouth was.

In a speech Tuesday at Georgetown University, U.S. President Barack Obama stressed that developing clean energy would benefit both the environment and the economy. “As a president, as a father, as an American, I’m here to say, we need to act,” he said.

However, five years after Lee’s green growth agenda was introduced, it languishes on the backburner of a new administration.

Distancing from the past

Before Park took office, there was speculation the green growth model would continue

However, since government departments were reshuffled, disbanded and recreated, the word “green” is barely visible in the bureaucracy or in the numerous policies rolled out this year, including the Park administration’s master plan on creative economy.

Even the role of the Presidential Committee on Green Growth, which is made up of industry experts, has been reduced to the point where many think it may cease to exist. The government, however, denies it.

In the Park administration the committee is under the prime minister’s office, and the most recent post on its Web site was in February, before Park was sworn in.

“The [green growth] committee is protected by law,” said a government official. “The only difference is that the government department that has been supporting the committee has changed from the Blue House to the prime minister’s office.”

Industry insiders say it seems Park is trying to distance herself from Lee, whose popularity had plummeted by the time he ended his term.

Some even compared Park’s attitude to that of George W. Bush toward Bill Clinton and his administration.

In fact, by the end of his term Lee’s green growth drive, especially his signature four rivers project, had not only been accused as a failure but also criticized as a cesspool of corruption and mismanagement.

The electric car manufacturers’ stock doubled and then tripled in less than half a year before their fortunes turned around just as fast. As of this year, both automakers have been delisted from the stock market. CT&T was forced out in May 2012 and AD motors was delisted in January.

AD Motors executives also are currently under investigation for allegedly profiteering through stock manipulation to the tune of 1.7 billion won.

Other renewable energy businesses are not doing too well either, as companies give up on some major projects.

The local solar market has been battered by aggressive competition from Chinese companies that pushed the price of polysilicon to the point where losses mounted each time a panel was produced. As a result, polysilicon manufacturers like OCI, Hanwha Chemical and SK Chemical have seen stock values drop and inventories pile up.

OCI shares have plunged 21 percent this year and 80 percent over the past two years. Hanwha Chemical’s stock value is down 16 percent from the beginning of the year, while SK Chemical shares dived 34 percent.

As stock values fall, so do returns on investment.

According to FN Guide, a fund evaluation company, the average yield on 18 funds investing in Korean green growth companies, including solar and wind energy, was minus 9.5 percent as of June 14. This includes Mirae Asset Green Index Securities Feeder Investment Trust, minus 14 percent yield, and Mirae Asset Tiger, Green ETF and KTB Great Green ETF, each at minus 19 percent.

The strength of foreign green growth industries is largely due to aggressive government support.

For example, China plans to nearly double its solar energy capacity from 21 gigawatts to 40 gigawatts by 2015. To do so, the Ministry of Science plans on investing a total 7 billion yuan ($2.77 million) on top of the 6 billion yuan it spent in the first half of last year.

Even compared with funds invested in other securities, the yield loss of green growth funds is much sharper. As the Seoul main bourse and tech-heavy Kosdaq face the potential tapering of quantitative easing in the United States and a slowdown in China, the 789 funds investing in local stocks averaged a 5.41 percent yield.

Experts and industry insiders say that even if Park wants to distance herself from her predecessor and the industry itself is down, the Korean government needs to continue its support for renewable energy.

It is projected that the global green industry will be worth $3 trillion in 2020.

Despite the Lee administration’s green growth drive, renewable energy’s share of the total energy supply hasn’t changed much at 0.3 percent. This is far lower than other major economies, including the United States, Japan and EU countries.

A study by Korea Industrial Marketing Research released in April said renewable energy continues to expand its market share globally and is projected to reach 33 percent in 2035, up from 16.7 percent in 2010.

“The green drive in both industry and the economy should become the stepping stone of Korea’s economic growth and develop into a new growth engine,” said Hyun Oh-seok, deputy prime minister on economics and finance minister, during a speech held at the Global Green Growth Institute.

The GGGI is a high-profile international body lured to Korea under Lee Myung-bak.