Cho strives to connect Koreans all across world

Cho strives to connect Koreans all across world 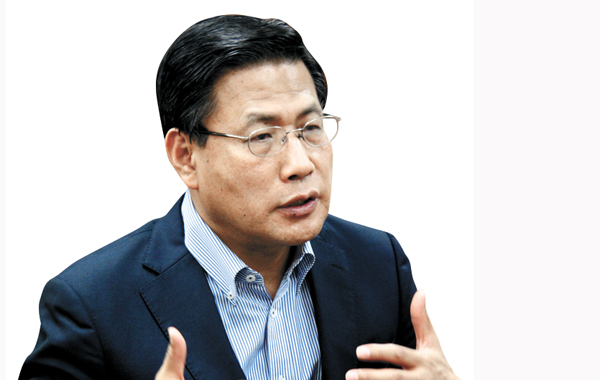 “There are approximately seven million Koreans living overseas in 175 countries. We expect the talent and knowledge of these people in each respective country to lead to healthy synergy for Korea’s creative economy,” says Cho Kyu-hyung, the chairman of the Overseas Korea Foundation.

Chairman Cho, on the third day of his term, emphasized that he will strive to connect the community of Koreans overseas with their mother country.

Passing the 8th National High Diplomatic Service Examination, the 62-year-old chairman was a former deputy executive director of the Korean Peninsula Energy Development Organization and also served as Korea’s ambassador to Mexico and Brazil. Cho was appointed chairman on June 10.

The former diplomat emphasized that although past policies on Koreans abroad revolved around localization for the purposes of security and promotion, the rise of information and communications has made it necessary to strengthen the relationship between those abroad and the homeland.

Chairman Cho said the “global Korean community has been expanding,” thanks to what the Koreans abroad have achieved.

Cho stated that he would actively promote the construction of a global Korean network and education in Korean language, history and culture for strengthening the Korean identity; both issues have been selected as central assignments by the Park Geun-hye administration.

The chairman also noted that the “creative economy” that the new administration has been emphasizing could be achieved through people and that there will be a focus on building an infrastructure where residents abroad can contribute their talents to the national society.

“In order to build a network, the foundation will include overseas businessmen to reinforce the relationship between successful overseas residents and the home country,” the newly-appointed chairman said.

The foundation is hurrying to understand current affairs of the 170,000 people in various sectors who are building the global Korean network. Chairman Cho said that a map of talented Koreans overseas would be created.

Legal issues will be worked out in direct collaboration with the government ministry.

The foundation, along with the Ministry of Security and Public Administration, will play a role as the bridge between government and Koreans abroad and reduce the number of obstacles that people face when they come back to Korea by possibly granting them special identification cards.