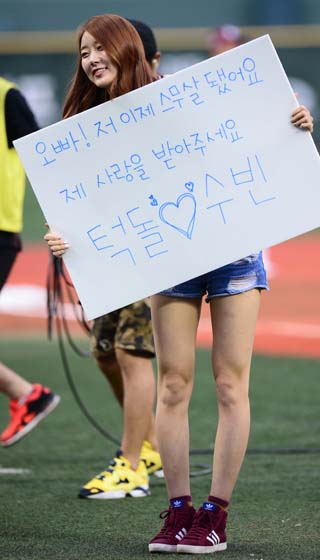 Subin of Dal Shabet holds a sign saying that as she is now 20, Teokdori, the Nexen Heroes mascot, should accept her love.[NEWSIS]

Subin of girl group Dal Shabet gave a kiss to Teokdori, or Mr. Jaw, a mascot for baseball team Nexen Heroes on Tuesday. This was after she completed her pitch at the game against Lotte Giants at Mokdong Baseball Stadium in southwestern Seoul

The group made a comeback to the music scene in June with a new song titled “Be Ambitious,” also known as “Look At My Legs.” It has been said that the group has decided to change some of the choreography for the song so that fans can enjoy their performance more. 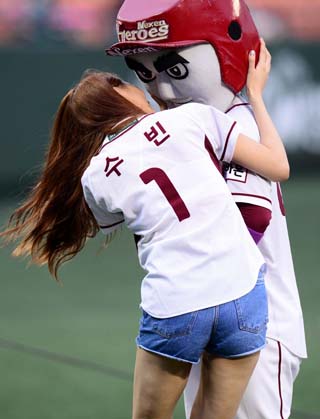 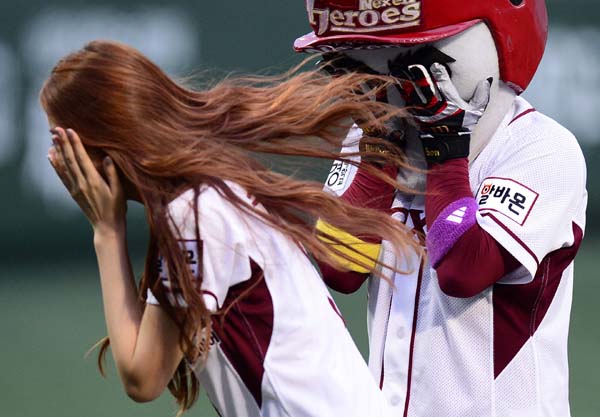 Subin of Dal Shabet runs away while covering her face after giving a kiss to the Nexen Heroes mascot.[NEWSIS]

Subin of Dal Shabet poses to pitch at a baseball game on Tuesday.[NEWSIS]