A man of principle and bravery

A man of principle and bravery 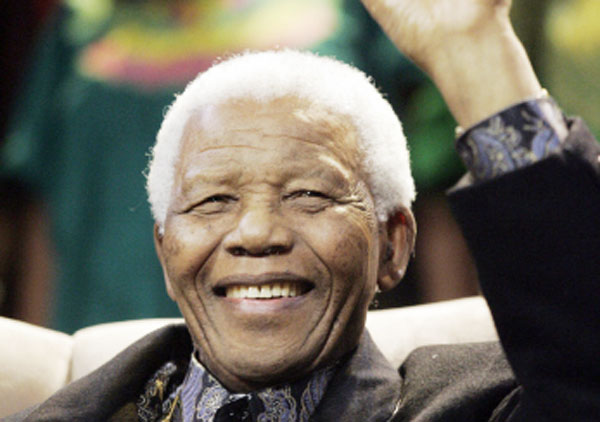 At the time of writing, Nelson Mandela lies critically ill, apparently not far from his final moments on earth. For the millions around the world who idolize him - myself included - these days are more bittersweet than tragic. Mr. Mandela lived well into his nineties, having accomplished his life’s work. What an extraordinary work it was.

Unfortunately, his passing will likely mark the beginning of a new age of uncertainty for the “rainbow nation” - a place already notorious for violent crime and corruption. A South African acquaintance once told me that the presence of Mandela as the “conscience” of the nation may be the only thing holding the place together. There seems to be no leader prepared to inherit his mantle of humanity and principle. Selfish infighting within the ruling ANC and the Mandela family itself seems to underline the exceptional nature of their figurehead through the power of contrast.

But Mandela was not always treated like a hero - especially where I come from. In fact, he was more of a polarizing figure in the U.K., a country with a long history of colonialism in Africa. During Mandela’s imprisonment, he became a cause celebre of the British left, and a symbol of anti-colonialist liberation struggle. Huge concerts were organized in his honor. Buildings in Labor Party-controlled districts were named after him. Meanwhile, those on the right wing demonized him as nothing more than a terrorist. It is quite amusing now to see our prime minister, David Cameron, heap praise on Mandela: During the 1980s, an organization he belonged to advocated the execution of the then-imprisoned ANC leader.

My own father used to have a similar opinion - Mandela was a terrorist. In a sense though, he actually was. His organization, uMkhonto we Sizwe (MK), devoted itself to guerrilla attacks and sabotage against government targets. Unlike Martin Luther King, for instance, Mandela considered it acceptable to use violence when met with the violence of an uncompromising oppressor.

While reading his autobiography as a schoolboy, I struggled with the question of whether he was correct or not (though from the opening paragraph, you can fairly assume my conclusion). Owing to his past, I think it wiser to consider Mandela not as the saintly figure portrayed in the media today, but rather as a man of deep principle and bravery, who met the demands of his times. He was a realist in opposition, and one who valued unity over vengeance when in power.

His is a very old form of heroism. To my mind, Mandela fits the model of the Stoic hero of ancient Greece. The Stoic hero was one who could control his emotions - anger and vengefulness, for instance - enabling him to act graciously in front of vanquished opponents. And in struggle, the Stoic controls his sense of fear, another powerful emotion. “The brave man is not he who does not feel afraid, but he who conquers that fear,” wrote Mandela.

The Stoic does not deny the existence of emotions, but rather works to stop them from driving him away from the correct course of action. He is the ruler of himself: The Stoic-inspired poem of William Ernest Henley, ‘Invictus’ - a personal favorite of Mandela - concludes with, “I am the master of my fate/ I am the captain of my soul.”

The Stoic has a principle, and sticks to it - again regardless of emotion, or apparent personal benefit. In the case of Mandela, this is best evidenced by his unwillingness to negotiate his release from imprisonment. He could have been set free much earlier, but refused, saying, “Only free men can negotiate; prisoners cannot enter into contracts”.

For me, the most important lesson from Mandela (and the Stoics) is the focus on the manner in which one lives, rather than the results one achieves. Success is wonderful, of course, but the process behind it tells you more about the quality of a person. Plenty of successful people are just lucky, and plenty of noble people fail. “Do not judge me by my successes. Judge me by how many times I fell down and got back up again,” Mandela demands.

These are all ideals I wish I could practice, but probably never will. There are endless examples of those who fail to live up to what they espouse. Nelson Mandela was that rare individual who was able to keep his bargain with himself and his cause. Though he wasn’t a saint, he was the most inspirational figure of our times.

*The author is the Seoul correspondent for The Economist.