Will McDowell be a hit, or miss cut?

Will McDowell be a hit, or miss cut? 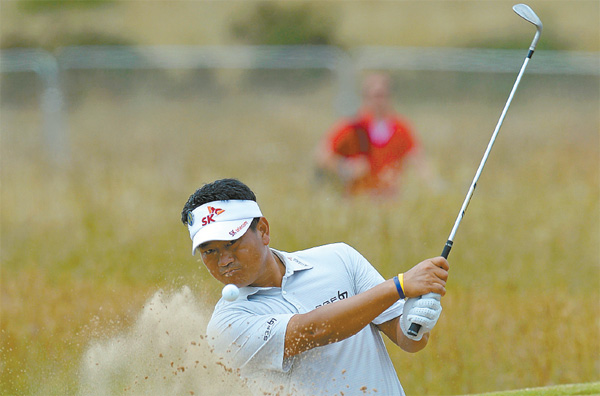 K.J. Choi, or Choi Kyoung-ju, of Korea, hits out of a bunker on the fifth hole during a practice round ahead of the British Open golf championship at Muirfield in Scotland, Tuesday. [REUTERS/NEW1]

GULLANE, Scotland - Graeme McDowell is ready for a little skullduggery at this week’s British Open as the Northern Irishman puts his instinctive links golf skills to the test at bone-dry Muirfield.

The former U.S. Open winner, in prime form with three wins in his past eight starts, anticipates a fair test on the sun-baked coastal layout but should players start blasting the course apart in light winds, organizers will be ready.

“It really just depends,” said McDowell, who will play with pre-tournament favorite Tiger Woods and 2010 winner Louis Oosthuizen in the first two rounds.

“[The R&A] can get fairly evil with pin positions, I have to say. They can get a little bit evil. These greens, there are some little corners on them that they can find.”

McDowell said he and the rest of the field would be watching Woods’ game plan “with interest” on Thursday and Friday after the American world No. 1 said he was reluctant to use a driver, such is the roll on the fairways.

But he will be relying on his own feel for the bumps and hollows around Muirfield, the only course on the British Open circuit he is yet to tackle in anger.

“I think the links-style golf is in my blood and I always feel like I revert back well to it,” the 33-year-old said. 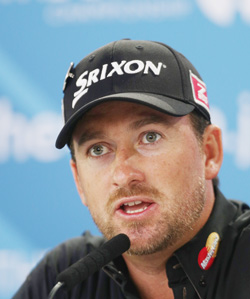 “You really can’t play this golf course from the rough. This is certainly a game of chess this week, where you have to position your pieces and keep them in play.”

McDowell’s amazing recent run, which also includes five missed cuts, has a slight feel of “hit and miss” golf - which is unlikely to prosper at Muirfield.

However, he said the topsy-turvy nature of his season was not quite as it seemed.

McDowell, who finished tied for fifth at Lytham last year, and U.S. Open champion Justin Rose are being touted as the best home hopes, although he is quick to jump to the defense of world No. 2 Rory McIlroy, despite his poor season.

Odds of 4-1 have been offered on McIlroy missing the cut but McDowell says prospective punters might be throwing away their money if they tip an early blow-out by the 24-year-old.

“The game of golf is very difficult,” he said. “It’s fickle. This time last year, Rory McIlroy’s form wasn’t very good either, and he proceeded to have an incredible last six months of the season. So I don’t think anyone in this room would be shocked if he won this week.”

Meanwhile, Muirfield has all those quirky elements that make it worthy of a British Open. Maybe that’s why the roster of winners looks more like a who’s who of the sport.

Of the 13 players to win the Open at this course east of Edinburgh, 11 are enshrined in the World Golf Hall of Game (and you can make a pretty strong case that another, Ted Ray, should be). Only Alf Perry looks a bit out of place on this elite list, and even he was a three-time member of Britain’s Ryder Cup team in the 1930s.