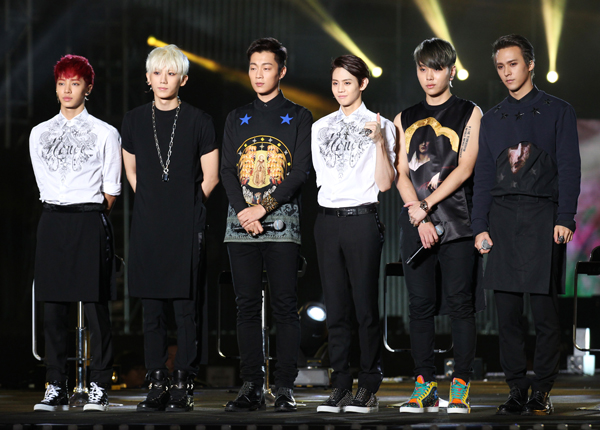 Boy band Beast, which has topped the local music charts after the release of its new song, “Shadow,” last week, had a powerful comeback performance.

Idol groups were not the only ones who greeted fans on the program. Some singers that gained their popularity in the 1990s and early 2000s also showed their talents.

Koyote presented its new song, “Hollywood,” inspired by disco. Also, singer Lee Jung-hyun, who has a provocative style, came back as a zombie bride with a new song, “V.” It’s her first time back on the scene in three years.

Besides the special comeback performances, the program also showed Infinite, Ailee, Crayon Pop and others.