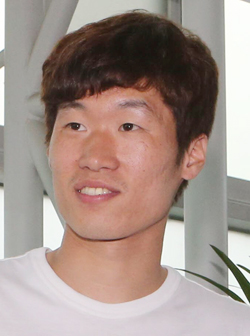 The prospect of the former Manchester United star’s possible comeback to Eindhoven surfaced late last month, but a deal had been delayed, allegedly due to differences over salary and a contract fee between the clubs.

“Queens Park Rangers and Eindhoven have finalized a deal. Soon, there will be an announcement from the clubs,” JS Foundation said yesterday.

The agency broke its silence nine days after Park received a physical in Eindhoven on July 28. Details of the deal were not revealed, except that it is a one-year, loan deal.

During his 2002-05 stint with Eindhoven, Park scored 17 goals in 91 matches, leading the team to win the Dutch league twice and win the FA Cup once. His former Eindhoven teammate, Phillip Cocu, will make his debut as the team’s coach this season.

Park is expected to join the team before the third-round match of the new season against the Go Ahead Eagles on Aug. 17.

“Eindhoven is like a home team for Park Ji-sung. It is not a bad choice for ending his career as an athlete,” said Lee Yong-soo, a KBS football commentator. “It is important that he plays as many games as he can. He needs to play at least 25 to 30 games to show his strength.”

Jang Ji-hyun, a commentator for SBS ESPN, said that Park will have to overcome the pressure of proving his value.

Eindhoven beat Belgian side Zulte Waregem, 2-0, in the third preliminary round of the Champions League last Wednesday.