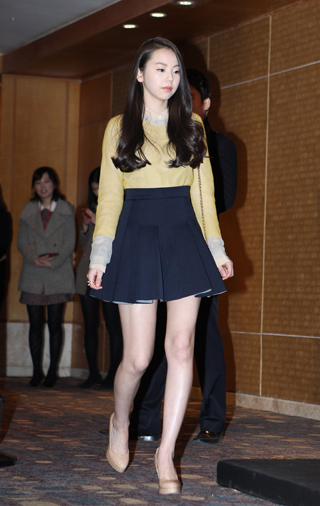 Sohee plays a girl named Areum who works at a flower shop and complains that she is not allowed to be weak in her life.

In a scene where she gets drunk, she says that staying strong is part of her survival guide.

She also has a dream of becoming an actress. After showing a photo of herself posing at a studio to a friend named Chanwoo, played by Jung Woong-in of SBS drama “I Hear Your Voice,” she offered to give him her autograph before she became famous.

But she gets quickly annoyed after Chanwoo just laughs at her for it.

She then posed as if she was at a photo shoot to prove that she has talents.