Ji: I’m not going to Hamburg

Ji: I’m not going to Hamburg 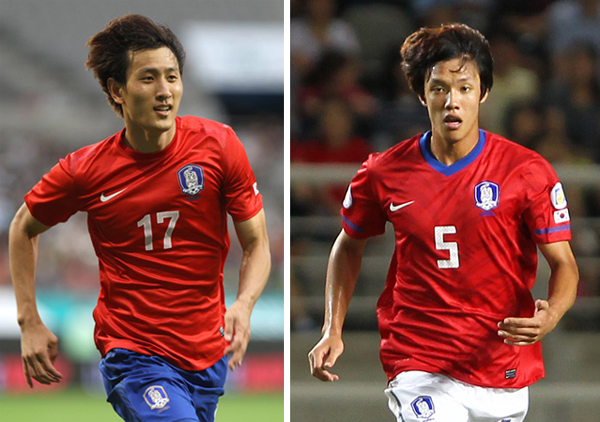 Ji Dong-won of Sunderland denied a report that he will transfer to Hamburg pending a physical.

“I have never heard of it,” Ji said as he reported to the National Football Center in Paju yesterday ahead of Korea’s friendly matches with Haiti and Croatia this month. “I got to know it only after arriving in Korea through the media reports.”

Korean media was abuzz early yesterday with speculation that Ji is moving to Hamburg created by a Twitter feed by someone using the @sunderland_uk handle, who claimed that the 22-year-old striker had already left for the Bundesliga club for a physical.

Several local media outlets produced reports from the rumor of Ji’s imminent transfer, which might have been the third major late-minute offseason deal involving a Korean after Ki Sung-yueng and Hong Jeong-ho.

Ji said that he hasn’t visited Germany in recent days.

Ji, who joined Sunderland in 2011, returned to the English Premier League team after helping Augsburg stay in Bundesliga’s top flight with five goals last season. But he has struggled to show the same impressive performance to Sunderland fans in the first three 2013-14 Premier League season matches. He appeared to get some backup from Ki Sung-yueng after the fellow Korean international’s season-long loan to Sunderland from Swansea City, disclosed through Sunderland’s Web site on Saturday.

Hamburg, where Son Heung-min grew to be an international star, was known to be seeking another Korean sensation. Son, who scored a team-leading 12 goals for Hamburg last season, is playing his debut season for the stronger Bundesliga club, Leverkusen, on a five-year deal.

Augsburg lost two Korean loans, Ji and Koo Ja-cheol, after the end of the previous season, and is also bidding to turn to another Korean resource, Hong Jeong-ho. The club said Sunday that it signed the Jeju United defender, making him the first Korean central defender to play in one of the four major European leagues.

Hong, 24, has been capped 17 times since 2010 and is a key member of the four-back line frequently used by Hong Myung-bo, who is now at the helm of the national team, although he was left off the coach’s squad during the London Olympics due to a knee injury. He rejoined the squad during the coach’s debut with the senior team during the East Asian Cup in July and a friendly match with Peru last month.

“I think I need to experience the league first, but I think I can do it well,” Hong Jeong-ho said yesterday. “Once I get adjusted to the team well, there will be no problem.”