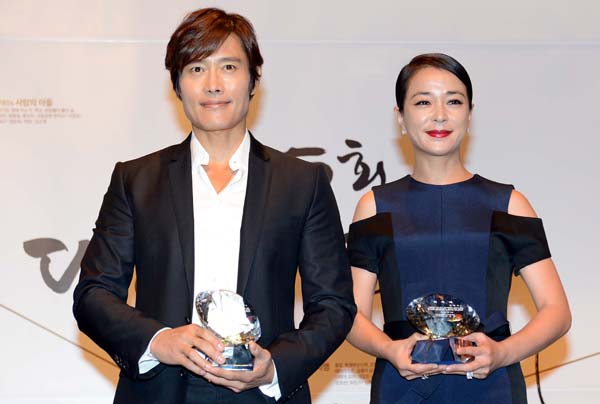 Actor Lee Byung-hun of Hollywood film “Red 2” and the “G.I. Joe” series was appointed as an honorary ambassador to promote the 50th Daejong Film Awards this year, along with actress Cho Min-soo of the movie “Pieta,” which received a Golden Lion prize at the Venice Film Festival last year.

At the press conference yesterday, located at the Grand Hyatt Hotel in Hannam-dong, central Seoul, the organizer said that the two are perfect for the position as they have contributed in spreading awareness of the Korean movie industry across the world.

“In the past 50 years, the awards have witnessed the history of Korea’s movie scene,” said Lee. “To have another momentum to go for another 50 years, I wish I can contribute in making more prestigious movie festival.”