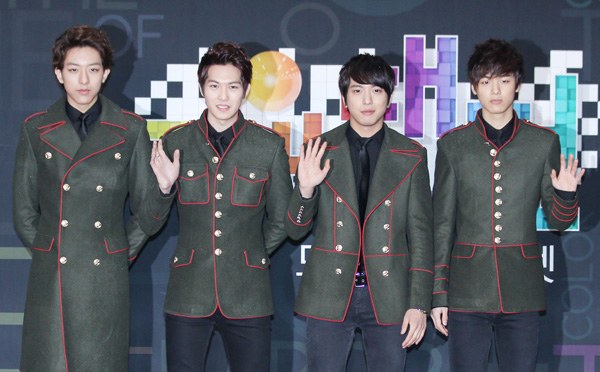 Tough news for CN Blue - the four-man band cannot stop indie veterans Crying Nut from talking about their lawsuit against the K-pop group.

Crying Nut filed a suit against CN Blue in February, asserting its copyright had been infringed by a live performance in 2010 of Crying Nut’s song “Deadly Offside” that was subsequently included on a CN Blue DVD release in Japan. Not only did CN Blue allegedly use the song without permission, it also used vocals and music from Crying Nut’s original master recording.

Since filing the suit, Crying Nut has talked online and in the local media about the dispute, saying CN Blue should take responsibility for the infringement.

CN Blue filed an injunction in July to get Crying Nut to stop talking about the case, but yesterday the Seoul Central District Court denied CN Blue’s petition.

CN Blue previously said that the original performance was made at the request of the broadcaster and claimed it had no responsibility for the making of the DVD.