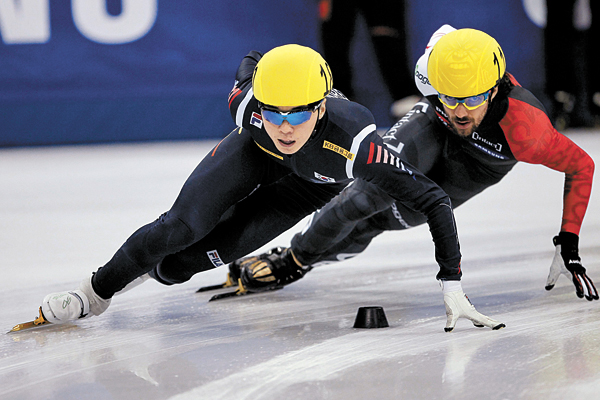 Shim has been in the spotlight as a top talent in Korean women’s short track ever since she was competing at the junior level.

She won all six World Cup events in the women’s 1,500-meter category in her debut season at the senior level last year. Saturday’s victory is her seventh consecutive win. Shim’s ultimate goal is to win the 2014 Sochi Winter Olympics that will be held in Russia.

“This is a good sign for the national team preparing for Sochi,” Yoon Jae-myung, coach of the men’s short track team, was quoted as saying in an after the competition.

“All we have to do is stay free of injuries and maintain physical conditioning.”