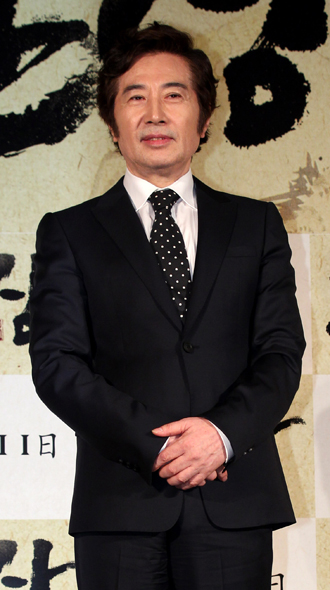 Namoo Actors, the agency of actor Baek Yoon-shik of the movie “Face Reader,” said it won’t release an official statement regarding recent controversies over Baek’s romantic relationship because it is a personal matter.

“Baek will talk with his family how to respond to the allegation,” the agency said.

A reporter with one of the local TV channels, who has been having a relationship with Baek for about a year, has said that she was abused by two of Baek’s sons, who are also signed with the agency.

She also alleged that Baek has been seeing another woman for about 20 years.

It has been said that the two have ended their relationship and Baek has been staying at home.