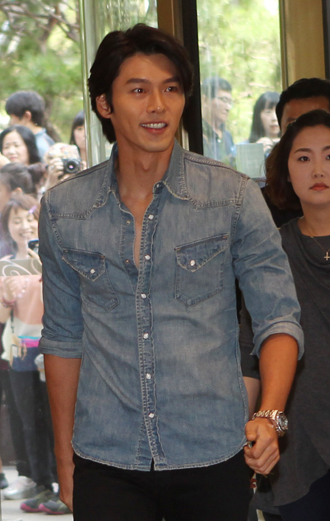 Local celebrities will be awarded for setting a good example when it comes to their finances and saving well, according to the Financial Services Commission yesterday.

To celebrate the 50th Savings Day on Oct. 29, the commission plans to award actor Hyun Bin, of the SBS drama “Secret Garden,” singer Goo Hara, of the girl group Kara, actress Han Hye-jin, of the film “26 Years,” and others to encourage ordinary people to save more.

“[Hyun Bin] has been thrifty and has put most of his income into savings since his debut,” the commission said about the star.

Goo was reportedly chosen because she has participated a lot in celebrity charity markets and other charitable events, in addition to also being a serious saver.

Han, who recently married footballer Ki Sung-yueng, also earned a reputation for being careful with her money, saving after her dad’s business went bankrupt.