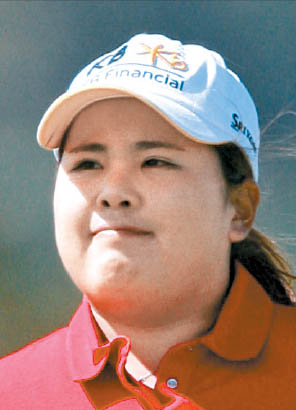 KUALA LUMPUR, Malaysia - World No.1 Park In-bee will have the Rolex Player of the Year rankings in mind when she opens her LPGA Malaysia title defense at Kuala Lumpur Golf & Country Club on Thursday.

The 25-year-old Park recovered from a recent dip in form by finishing third at the Reignwood Classic in Beijing last weekend.

Park marked the first half of the season with six wins, including three majors. What followed was a frustrating period from July when she found it hard to even record a Top 10 finish in the next five tournaments, including two majors - the British Open and the Evian Championship. Now, with a confidence-boosting finish at Beijing, the South Korean is eager to continue her return to form in Kuala Lumpur.

“I didn’t realize that I won that many [tournaments], I really didn’t expect that,” Park said. “What I achieved this year is beyond my expectations. It has been an incredible season that I will remember forever.

“Luckily enough, I had a good finish last week and that gave me a lot of confidence for the remainder of the season,” she added. “One of my goals this season is to win the Player of the Year award. [The season’s] not over yet, so I hope to keep going and trying to defend the LPGA Malaysia, which I had good memories here last year.”

Winning at Malaysia last year was a stepping-stone for Park, propelling her from No. 4 to No. 2 before she replaced American Stacy Lewis as the world No.1 on April 15, where she has since remained.

“Looking back, last year’s victory was a real turning point on the road to world No.1,” Park said. “It was the first time I’d won two tournaments in one year [including the Evian Masters] and gave me renewed confidence in my game going into 2013.”

Pettersen and Lewis will be leading “the rest of the world” attempt to halt the dominance of Asian players in the tournament. No American or European player has won here since 2010.