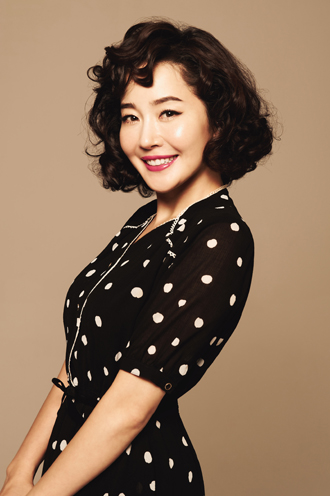 It was not easy for actress Uhm Ji-won to take on the role of the mother of a sexually assaulted 9-year-old girl in her new movie, “Wish.”

Thinking she was not ready to take on the pain, rage and traumatic emotions that a mother would, she rejected the role two years ago.

“I declined, saying that I’m not talented enough to play the role, although I was very thankful,” she said in a recent interview with Ilgan Sports, an affiliate of the Korea JoongAng Daily.

“I didn’t think that I could bear the emotions felt by the mother.”

Q. Why did you accept the offer in the end?

A. When I was filming the JTBC drama “Childless Comfort,” actress Song Yun-ah called me and told me that she was sending me a scenario and I should take it. I started to think that this movie was supposed to come to me. I was also very happy to see that Seol Kyung-gu was playing the role of the father.

Does this mean that you grew more confident?

No. I doubt I advanced much with my acting skills in two years. But I felt that someone should tell this valuable story. And I gained the courage to think that I could try it, although I’m not perfect.

Why did you not wear any makeup?

I wanted to show something real, that is not almost-real but real. I didn’t want to have a face that looks natural but is really covered by makeup.

Because we had such a good crew and cast I became courageous enough to go with my choice. I felt completely naked in front of the camera, and it would have been really hard for me if Seol was trying to look good. But Seol kept in character as the father of Sowon, wearing his character’s clothes all the time to truly live the character. I was so thankful. 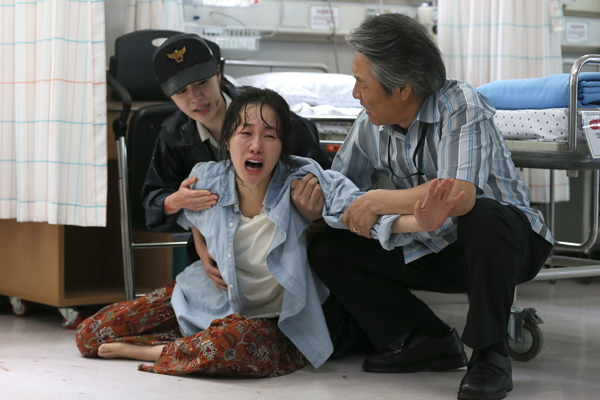 Actress Uhm Ji-won, center, plays the mother of a 9-year-old girl who is molested in “Wish.” [JoongAng Ilbo]

Many say that in the movie, they can see Mi-hee, the character you play, not Uhm Ji-won.

That is the best compliment. Before, I heard you are always Uhm Ji-won, no matter what you do. After taking some time to think about it, I felt that was true. “Wish” is the first movie where I let go of everything. I want it to be one of my best works.

Some have criticized the movie for being too idealistic in depicting how the family overcomes the assault.

I think the movie shows how healing takes place. This movie tells a righteous story in a warm way.