It’s a new season for 2PM

It’s a new season for 2PM 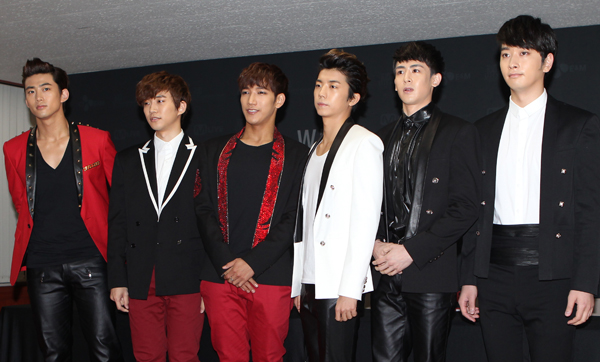 “Based on the popularity 2PM has earned from their local performances, for the first time we gave one of their EPs a seasonal theme,” said JYP Entertainment.

“This album will increase 2PM’s popularity as it will show some new aspects of their masculinity.”

The group had previously performed the sad love song during a fan event in Japan.

To further promote the new album, the group’s agency said it was using a variety of techniques, including blanketing several Tokyo subways with 2PM posters. The subway campaign started last weekend and will continue to run until Oct. 24.

The members of 2PM, who are currently promoting the EP in Japan, will come back to Korea today.