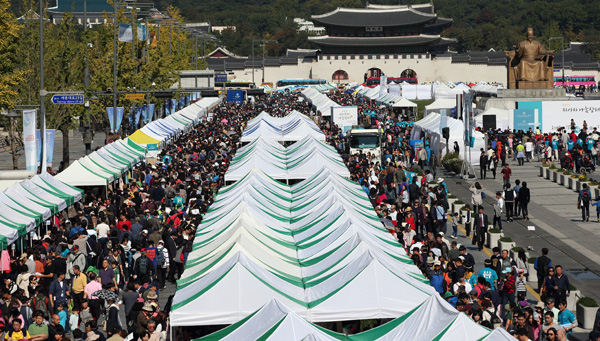 Nearly 200,000 visitors and vendors at the WeAJa charity flea market crowd Gwanghwamun Square in central Seoul yesterday. The ninth annual charity market hosted by the JoongAng Media Network, which was held in four cities across the country, drew more than 310,000 people nationwide yesterday, raising about 115 million won ($108,000) for children supported by We Start, a charity organization incubated by the company. See story on Page 3. By Park Jong-geun