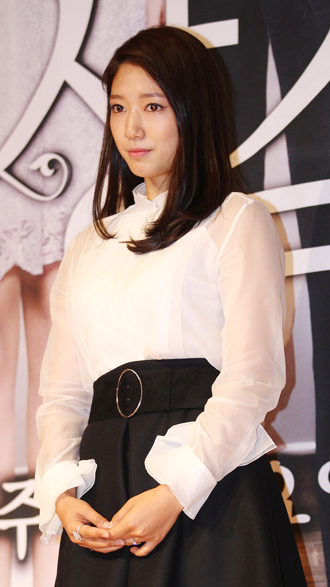 It looks like a new historical movie is shaping up to be a hot ticket that many of Korea’s top actors want to be part of.

The tentatively-titled “Fashion House” is the story of the people who made clothes for the king and other important aristocrats during the Joseon Dynasty (1392-1910).

Some of the names that have been linked to it so far include Ko Soo of the SBS drama “Golden Empire,” actress Park Shin-hye of the SBS drama “The Inheritors” and veteran actor Han Suk-kyu, who was most famous for “Shiri.”

Ko will reportedly play a talented tailor who wishes to make garments for the queen. Han will play a rival tailor who has long-served the royal family but grows threatened by Ko’s character and responds in dramatic fashion.

Park will play the queen. This is her first movie since the hit “Miracle in Cell No. 7” last year.

Helping spur interest in “Fashion House” is the success of films set in olden times these days - “Face Reader” has made 66 billion won ($62.3 million), and last year’s “Masquerade” pulled in 88.9 billion won.