FC Seoul gets a draw in Asian final

FC Seoul gets a draw in Asian final 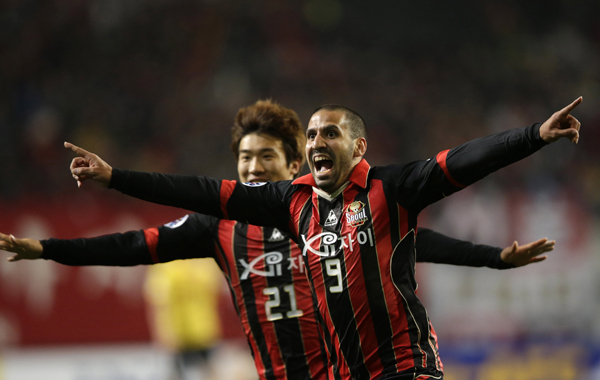 A late equalizer from Dejan Damjanovic gave FC Seoul a 2-2 draw against Guangzhou Evergrande of China in the first leg of the Asian Champions League final on Saturday.

With Marcello Lippi’s Guangzhou heading for a crucial away victory, the Montenegro international leveled with eight minutes remaining in front of 55,000 fans in the South Korean capital.

Damjanovic was also involved in Seoul’s opener after 11 minutes, setting up Sergio Escudero to coolly roll the ball past goalkeeper Zeng Chang.

Guangzhou pulled level in the 29th when Brazilian striker Elkeson headed home a corner. The big-spending Chinese champions continued to attack and took the lead on the hour as Gao Lin poked home from close range. 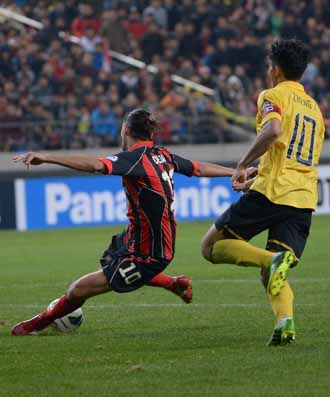 After Damjanovic’s strike, both teams missed chances for a winner.

Lippi, looking to become the first coach to win the premier club competitions of both Europe and Asia, was satisfied with the outcome.

“It was the right result for this game,” said the Italian 2006 World Cup winning coach. “It was a well-fought game. Seoul is a good attacking team. We caused Seoul problems and created opportunities that we would usually expect to score from but this time we could not.”

The two away goals leave Guangzhou in a strong position heading into the Nov. 9 second leg in China.

“Those two goals are very important and we can’t deny that,” Lippi said.

Seoul is trying to become the fourth Korean team to lift the trophy in five years.

“It was the kind of game you want to see in the Asian Champions League final though we didn’t the result we wanted,” Seoul coach Choi Yong-soo said. “We now have a very difficult away game and we hope that we can get a good result. With the experience we have, I believe that we can do it.”