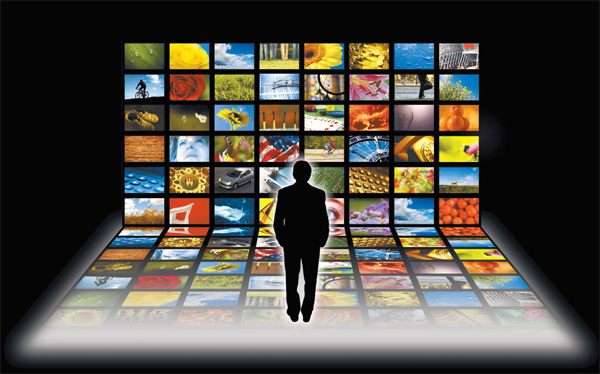 B-grade movies - mostly adult films - are rising to prominence in home theaters because of the rise of Internet protocol television (IPTV) and, accordingly, there are more opportunities for filmmakers who want to dabble in them.

As filmmakers don’t need to worry about “securing” a screen through TV, many have wondered whether movies on demand will pave the way for diversity in the local industry that is monopolized by Korean and Western blockbusters.

Even so, the presence of distributors and conglomerates looms in the shadows, threatening the IPTV industry.

In the late 2000s, movies on demand helped revolutionize at-home film consumption in a nation that has never had a DVD market.

There are about 11 million IPTV subscribers in Korea.

Jason Bechervaise, a film critic specializing in Korean cinema, recalls the first time he came to Korea over a decade ago.

“The only people who bought DVDs in the early 2000s were either collectors or foreigners,” he said.

And now, with more people snapping up movies for a night or two for about 10,000 won ($9.42), Bechervaise said distributors are happy.

He added that it is a great opportunity for movie distributors to profit from a market that they were not able to tap into before.

When it comes to the IPTV industry, the most popular titles are often adult films that didn’t do so well at the box office.

“The home theater is all about self-gratification,” he said, emphasizing that there are “theater movies” - movies people watch with their friends, family, boyfriends and girlfriends - and movies that they watch at home alone.

A local director who wished to remain anonymous verified that movies for IPTV were on the rise.

“Rumor has it that ‘The Concubine’ earned 4 billion won just for IPTV rights even before it hit theaters,” he said, in regard to why the Internet TV revolution could benefit some filmmakers.

And although he dabbles in family-friendly romance flicks, the director agreed that IPTV and its subscribers’ hunger for flesh is opening up a new market for many directors.

The filmmaker added that deals had to be made with investors at times.

“You have to slot in x many number of sex scenes to appease the investors and to be able to make it.”

Having recently completed a movie that was big on nudity and sex scenes, Bong admitted that in his job there can be “suggestions and advice” from those funding the films. But he maintained that whether a director followed such advice remained a personal choice.

“I don’t feel like there has been that much impact,” he said, in reference to whether he had to modify his directing style for IPTV consumption.

For Bong, the main thing is to keep on making movies that appeal to the masses and to invest in marketing.

“There are costs involved to promote films, and IPTV success rides on good publicity.” 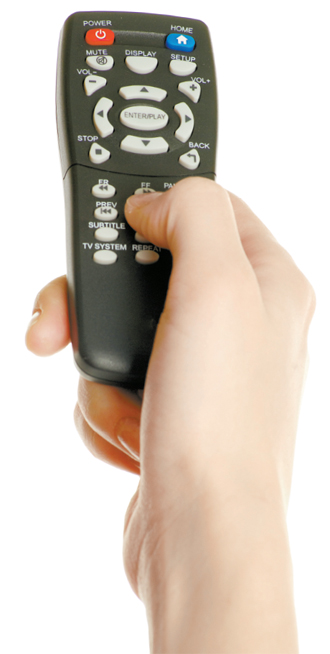 “We focus on low-budget films,” said Yong, who sifts through local and foreign works overlooked by the bigger distributors for release in Korea.

He was the distributor for “Playboy Bong” and “The Puppet,” although only the latter was a hit on TV.

“Yes, there are investors who pay up front, but Internet providers aren’t giving money to the producers directly,” said Yong, who believes that it is the content companies, or copyright holders, that make the most money from IPTV releases.

In the burgeoning market for adult films, Yong said there had to be more than the promise of sex scenes to bank on a film’s success.

“In the instance of ‘The Puppet,’ it did very well because of who Goo Ji-sung is,” said Yong, who promoted the film starring the famous auto racing model as he would any other big film leading up to its release. One week after its cinema release, the film was up for grabs through IPTV.

“We marketed it as we would any other cinema movie, and people took notice and tuned in at home.

“A lot of films that failed to rack up 100,000 views kind of get a second chance through IPTV,” said Yong, who said it wasn’t unusual to make up for the loss.

These days, a film can stop playing on a Thursday and, in a few days, it’s up for viewing on IPTV. For this reason, film distributors have little time to spare if they wish to make a profit, Bechervaise said. But it’s not all that easy for films to be snapped up by IPTV providers.

“There are requirements laid out by the IPTV people, and often they’ll only screen movies if they were a big deal at the theater, too,” said Yong. “You still need to have a target of 10,000 views at the cinema for it to have some following and make it as a VOD [video on demand] item.”

Because the IPTV providers have such rigid requirements with regard to the promotion of films, power plays are still a part of the small screen film industry, just like the big screen.

“Basically it is the conglomerates who profit, again and again,” said Bechervaise.

Or, in the words of a spokesperson from the Korean Film Producers’ Association, “Whoever owns the rights to a movie has the real power, and often it is the conglomerates that do.”

The fact that the same giants that call the shots at the box office also control TV was made evident last month with the ban of the documentary “Project Cheonan Ship.”

From its conception, the documentary that examined the sinking of the South Korean warship Cheonan in 2010 - which resulted in the death of 46 sailors - was controversial, with family members of the deceased filing an injunction to stop the screening. Aura Pictures was given the all-clear by the court, and with the backing of one cinema chain it was allowed to screen.

But, after just one day the film was pulled, with the cinema chain citing the “safety of patrons” after it allegedly received threats from an unidentified group.

After the film was pulled, which local filmmakers called an obstruction to freedom of expression, it gained a following through IPTV, through curious viewers who wanted to know what the fuss was all about.

But two weeks ago, Aura Pictures was notified that the IPTV providers will also be pulling the film.

“We got no warning whatsoever, and despite the popularity of the movie, it was forbidden,” said an Aura Pictures representative who hoped that the film would be able to gain exposure on the small screen.

Left to right: “Project Cheonan Ship” was a hit on IPTV after it was banned at most cinemas; “Playboy Bong,” which is full of nudity and sex scenes, is one of the formulaic hits of IPTV; “The Puppet” screened at theaters but was a bigger hit on TV. Provided by Aura Pictures and Golden Tides

A window for indie filmmakers

While “Project Cheonan” suffered a spot of bad luck, IPTV offers a glimmer of hope for many indie filmmakers.

“Indie films benefit from IPTV because they don’t screen too many of those at theaters,” said Kim. “The ratio of indie films that are screened at home and at theaters would be 9 to 1.”

While distributors still pocket most of the profit, Kim said that they did “take a little less” than they would if a film was screened at theaters.

“Korean films and imported films are benefiting from this. From KOFIC’s IPTV data released in August, 56 percent of the films watched were Korean titles and 38 percent were ‘alternative’ films,” said Kim. “Before, only commercial movies that appealed to a big market were touted, but now, a greater genre of films are being made and distributed with the IPTV market in mind.”

But all things considered, you still need a good film, and directors aren’t convinced that IPTV has changed the discipline all that much. “I don’t believe in IPTV, only movies,” said Bong, emphasizing that despite the funds that may fuel a project there is no “paradigm shift.”

“At the end of a day, no matter the platform, you need directors with talent to draw people in.”