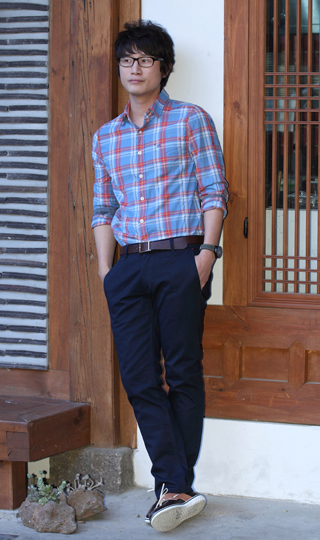 Film and theater actor Song Sae-byeok is getting married this weekend to the women he’s been dating for the past three years.

The girlfriend, Ha Ji-hye, is also an actress, but she works mostly in theater.

The couple has decided to have a small, quiet wedding, so opted for a ceremony at a hotel on Jeju Island tomorrow.

The couple reportedly declined to take any free goods from companies in the wedding industry - a common practice in celebrity weddings - to keep the ceremony as private as possible.

When Song was promoting his 2010 movie, “The Servant,” he talked about how he was dating someone and was interested in getting married in two to three years.