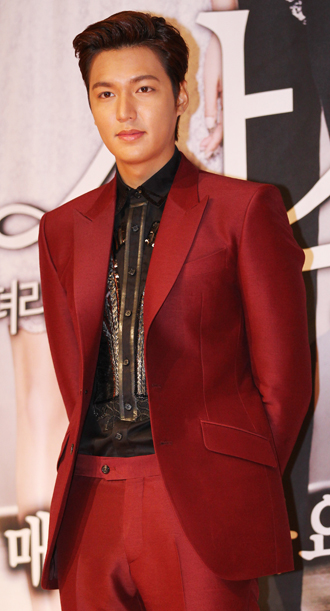 Actor Lee Min-ho, the star of the SBS drama “The Inheritors,” will host another fan meeting in Korea in January, not long after a world tour that took him to eight cities.

Lee’s previous tour took him to such locales as Yokohama and Osaka in Japan, Shanghai and Beijing in China, Malaysia, the Philippines and Taiwan since May. But a spokesman at Lee’s agency said fan demand is still high, so they’ve decided to tack on another event.

“There was only one event in Korea and then [Lee] left for events overseas, so many local fans have expressed their wish [to see him again],” said the agency.

The next fan meeting is scheduled for Jan. 18 at Seoul Olympic Park in Songpa District, southeastern Seoul.