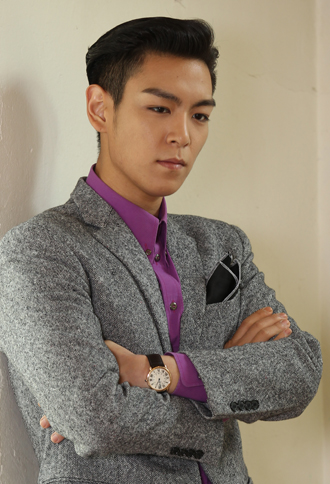 T.O.P of boy group Big Bang has been chosen as the “Sexiest Musicians of 2013” by viewers of Fuse TV in the United States.

Over the past four weeks of voting, T.O.P, whose real name is Choi Seung-hyun, garnered about 1.5 million votes - enough to beat 14 other singers from around the world, including Harry Styles, Justin Bieber, Justine Timberlake and Jay Z.

While the Korean singer won for the men, American singer Britney Spears was chosen as the sexiest musician this year among women musicians.

Meanwhile, the Korean singer released the song “Doom Dada” yesterday, his first single in three years. Soon after the song’s release at noon, it shot to the top of many local music charts.

He will present the song live for the first time at the 2013 Mnet Asian Music Awards in Hong Kong Friday.