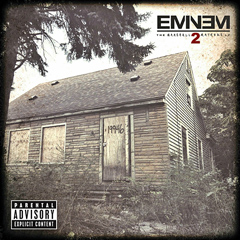 
Don’t be fooled: Eminem’s latest, “The Marshall Mathers LP 2,’’ is not a sequel to his gloriously unhinged 2000 rap masterpiece, “The Marshall Mathers LP,’’ as the title initially implies. Instead, it’s a summation of a mission statement, a revisitation of what the 41-year-old rapper has done best in 15 years at the center of the maelstrom that is pop culture.

Unlike “Recovery,’’ his Grammy-winning 2010 comeback album in which he laid bare his battles with drugs and depression and reclaimed his lyrical and commercial dominance, “MMLP2’’ is a return to a more confident and familiar Marshall Mathers.

On “Bad Guy,’’ he revisits “Stan,’’ his song about fan obsession from the original “MMLP.’’ This time around, Eminem’s protagonist is Stan’s brother, Matthew, who’s playing out a revenge plot in which he turns all the rapper’s vitriol back on him. Toward the end of “MMLP2,’’ Mathers stuns in another way, penning an apology to his mother, Debbie, the target of so much anger over his recording career. “Ma, I forgive you/ so does Nathan yo,’’ he raps on “Headlights,’’ featuring Fun’s Nate Ruess. “All you did, all you said, you did your best to raise us both.’’