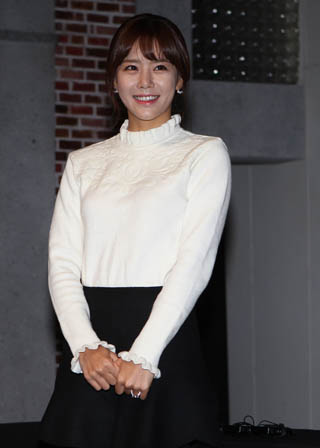 Actress Lee Yeon-du described how scared she was in Brazil when local police there arrested her earlier this month on the suspicion of carrying illegal substances while she was filming KBS’s reality program “Real Experience, Embrace the World.”

Lee told her story at a press conference on Wednesday, explaining how she was given some unknown herbs by a native tribe they were filming as a gift. She said she still doesn’t know what exactly the gift was.

“The local coordinator and the production team received the herbs, and I did not know about it,” she said, explaining how the miscommunication that caused local police’s suspicion got started.

Producer Park In-sik, who was also on the team that traveled to Brazil, has not come back to Korea as Brazilian authorities are reviewing the crew’s tapes for evidence.

“I experienced things that I never had before in my life,” Lee said. “I felt so confused after I came back to Korea.”

However, the actress said she was trying to get past the incident.

“If I think about, it will be a good memory, and I feel like I can take any difficult thing from now on.”
By Lee Sun-min