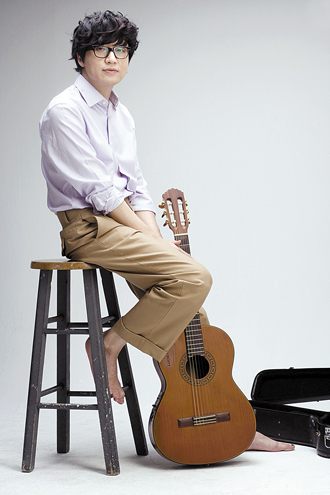 Singer-songwriter Lucid Fall, the stage name of Jo Yun-seok, has added a new entry to his unusual resume: translator. Jo’s translation of “Budapest,” a novel written by the Brazilian singer and writer Chico Buarque, was published yesterday.

Jo, whose own music is bossa nova-tinged folk, reportedly chose Buarque because he was also a fan of the Brazilian’s music. To ensure the accuracy of the translation, Jo compared Japanese, English and French versions of “Budapest” over five years.

“I’m so happy that I can introduce this charming story to readers in Korea,” the singer-songwriter said.

Meanwhile, Jo’s sixth album, “Flowers Never Say,” which came out in Korea last month, is getting released in Japan today.

It is not the first Lucid Fall album to come out in Japan. A compilation album, titled “Lucid Fall - The Best Of,” was released in October.