Envoy: We can lead climate change

Envoy: We can lead climate change 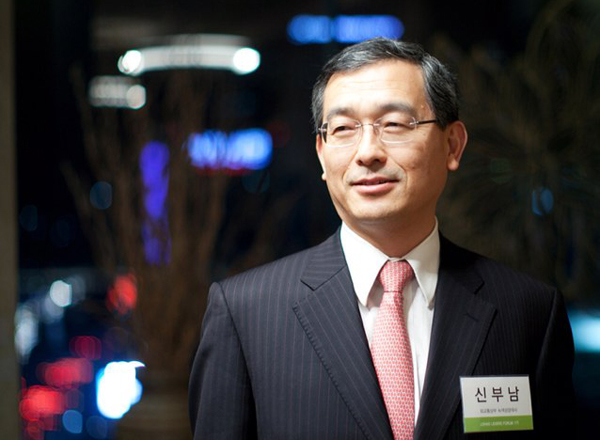 South Korea’s ambassador for climate change in the Ministry of Foreign Affairs said that the country has an opportunity to play a leading role in environmental diplomacy as a developed economy positioned between advanced and developing nations.

Shin Boo-nam’s remarks came after the conclusion on Nov. 22 of the 19th session of the Conference of the Parties (COP), which was the first time that 195 countries from around the world gathered to discuss a new climate framework up until 2020 and beyond.

“The climate change issue offers the best stage for Korea to engage in diplomacy as a developed country,” Shin said Monday after his return from Warsaw, where the summit was held.

In August, Korea became the host country of the Green Climate Fund (GCF), a fund within the United Nations Framework Convention on Climate Change (UNFCCC) that was established for the transfer of funds between developed and less developed nations for the purpose of combating climate change.

More than 20 Korean officials are expected to be recruited for the fund next year. Shin said he hoped Korea’s management of the fund would boost its status as a major player in climate change policy.

“Gone are the days when carbon dioxide emissions are free,” Shin said.

Representative parties at the 19th COP barely managed to eke out an agreement during the meeting, largely due to the differences in opinion among the more advanced and less developed nations present.

An agreement on a new climate change framework is necessary because the Kyoto Protocol - an international treaty that sets binding obligations on advanced economies to reduce greenhouse gas emissions - expires in 2020. The treaty was divided into two commitment periods, with the first ending in 2012. Developing nations do not have to set goals under the treaty, but are still required to make efforts to reduce carbon emissions.

The second commitment expires in 2020, though since January 2013, it has not been in effect.

Shin added that Korea’s commitment would set a good example for developed nations, such as the United States - which has not taken on new goals in the second commitment phase - and China, which emits the largest volume of carbon dioxide in the world.

“Korea could mediate between the two parties,” he said, “and that could have a positive impact on the issues within the region.”

Participating countries have been urged to stabilize greenhouse gas emissions and make efforts to prevent temperatures from rising by 2 degrees Celsius (35.6 degrees Fahrenheit). Toward that end, developed economies have committed to raising $100 billion annually through the GCF to help combat climate change and global warming.

Should underdeveloped nations sincerely participate in the framework, they will be granted financial and technological support, Shin said.

The climate change summit scheduled for September 2014 is expected to be a huge turning point in policy and discussion. Conference representatives at the 19th COP agreed that all participating countries should submit their emission reduction targets and financial contributions to the program by 2015.