Korea looks to Finland as model for innovation

Korea looks to Finland as model for innovation 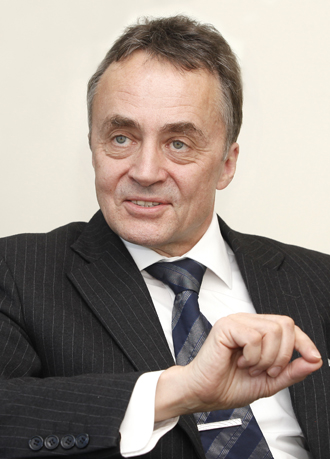 In the past few years, the Nordic nation has seen a growing number of successful start-up companies thrive, with these fledging businesses often touting unique and multifaceted products. The game developer Rovio Entertainment, which invented Angry Birds, one of the most-downloaded app games, is perhaps the most widely known example.

The game proved so popular worldwide that it has since expanded to personal computers and traditional game consoles.

To discuss the country’s achievements in these areas, Matti Heimonen, the Finnish ambassador to Seoul, recently sat down for an interview with the Korea JoongAng Daily and offered his advice on what Korea could take away from its success.

“For many Koreans, Finland is just known for Santa Claus, saunas or Xylitol,” Heimonen said on Dec. 11 from his office in central Seoul. “But we have more than that.”

“Nokia used to be quite a big company in Finland,” the ambassador continued, “but it has been decreasing. Instead, there are many small and start-up companies that have popped up. There has been a kind of boom in the software industry.

“The company that invented Angry Birds was also a start-up company, but it is still a small company. It is a good example .?.?. They are developing different types of education programs as well.”

The secret for the success of these small-size companies is Finland’s renowned education system, he acknowledged, which focuses on nurturing creativity and innovative ideas.

“The education system is one basic factor,” the ambassador said. “In Finland, schools are trying to take care of those who are left behind.”

According to the 2012 Program for International Student Assessment (PISA) of the Organization for Economic Cooperation and Development, Finnish students ranked fifth among 65 countries in science and third in reading ability. The achievement gap among students in Finland was also found to be lower than in other countries, the PISA results showed.

“The Korean people are wondering how Finland has been able to achieve such high scores while our school terms are short and our holidays are long,” Heimonen said. “That’s why so many Korean delegations have visited Finland to study our education system.”

“In Finland, we have a totally different perspective from Korea,” the ambassador added. “Korea puts its emphasis on hard work. Students have to work hard - during the day, in the evenings, on the weekend - and take lots of tests.

“We think, in school, students don’t learn as well if they feel stressed; if learning is fun, then students are eager to learn.”

Heimonen promoted Finland’s innovative spirit, claiming that it is found not only in technological innovation, but also in the country’s social innovations. The Nordic nation is a pioneer in gender equality and was the first country to give women the right to vote and hold office early in the 20th century.

“President Park Geun-hye also has interests in Finnish innovation - not only our technology, but social innovations,” he said. “Finland is a welfare society; there are lots of social innovations in which Koreans might be interested.

“In the last administration, we had more female ministers than male,” the ambassador continued. “The employment rate for women in Finland is about 70 percent. Providing long maternity leaves lets them feel free to have children and also enables them to return to the work.”

However, Heimonen admitted that although Korea and Finland are physically far apart, the countries are finding that they have more in common as they move forward.

The two have some historical similarities, he noted - both showed exceptional resilience in the aftermath of war, going on to achieve success despite a lack of natural resources.

“Finland was one of the poorest countries by European standards after World War II,” the ambassador said. “We are in the far north, and the life was not so easy - cold and snow - so we had to be creative to survive.”

In this sense, he said he understands President Park’s emphasis on a creative economy, which was one of the cornerstones of her presidential campaign.

“We realized that traditional industry doesn’t yield results in the long term,” Heimonen said. “We needed something else. We had to be creative and innovative in order to survive.”

He asserted that the past year was busy, with Finland and Korea celebrating 40 years of diplomatic ties. “My mission here is to promote relations between Finland and Korea in all sectors,” he said. “Perhaps, surprisingly, there are more similarities than differences between the two countries.”