‘Fast and Furious 7’ gets green light

‘Fast and Furious 7’ gets green light 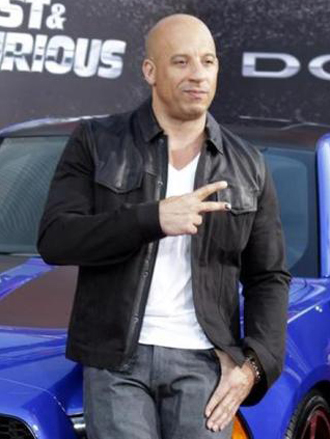 NEW YORK - “Fast and Furious 7,” the action film that was shut down after the sudden death in a car crash last month of actor Paul Walker, will be released in April 2015, the star of the series, Vin Diesel, said on Sunday.

Diesel posted a message on his Facebook page saying “Fast and Furious 7 will be released?.?.?. April 10th 2015!,” adding “P.s. He’d want you to know first?.?.?.,” in an apparent reference to Walker, who was killed on Nov. 30 in a fiery car wreck in Santa Clarita in Southern California.

The film, the seventh in a series of hit films about car racing, was originally slated for release on July 11, according to Universal Pictures, which is owned by Comcast Corp.

Walker became a symbol of street-racing and car culture in his role as law enforcement officer Brian O’Conner in the “Fast & Furious” series.

Days after the accident, which killed the car’s driver as well as Walker, 40, Universal suspended production of the new movie.

The Diesel-led “Fast & Furious” movies, which have grossed more than $2 billion at the global box office, are one of two major franchises, along with the animated “Despicable Me” films, that helped turn around Universal Pictures in recent years.